Vegan activists have found a new and clever way to promote their cause in Brussels. On about two dozen lights traffic lights, strategically positioned at major crossroads of the capital. As you can see in the pics, drivers now get red lights flashing a â€œSTOP MEATâ€ while the green lights promotes to â€œGO VEGANâ€. Apparently the idea originally came from a graffiti artist and militant for veganism/animal rights going under the name of Misteruncertain. 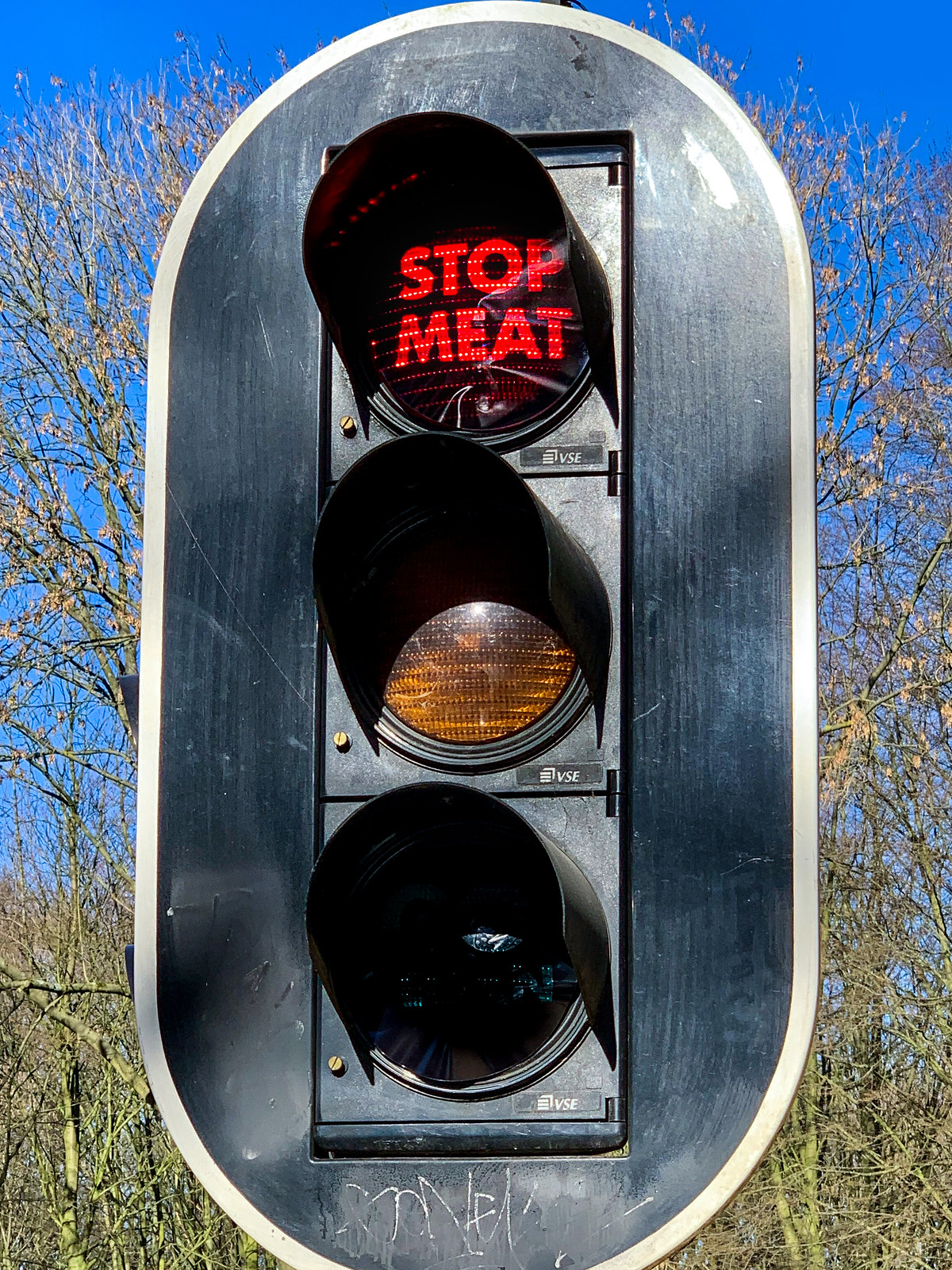 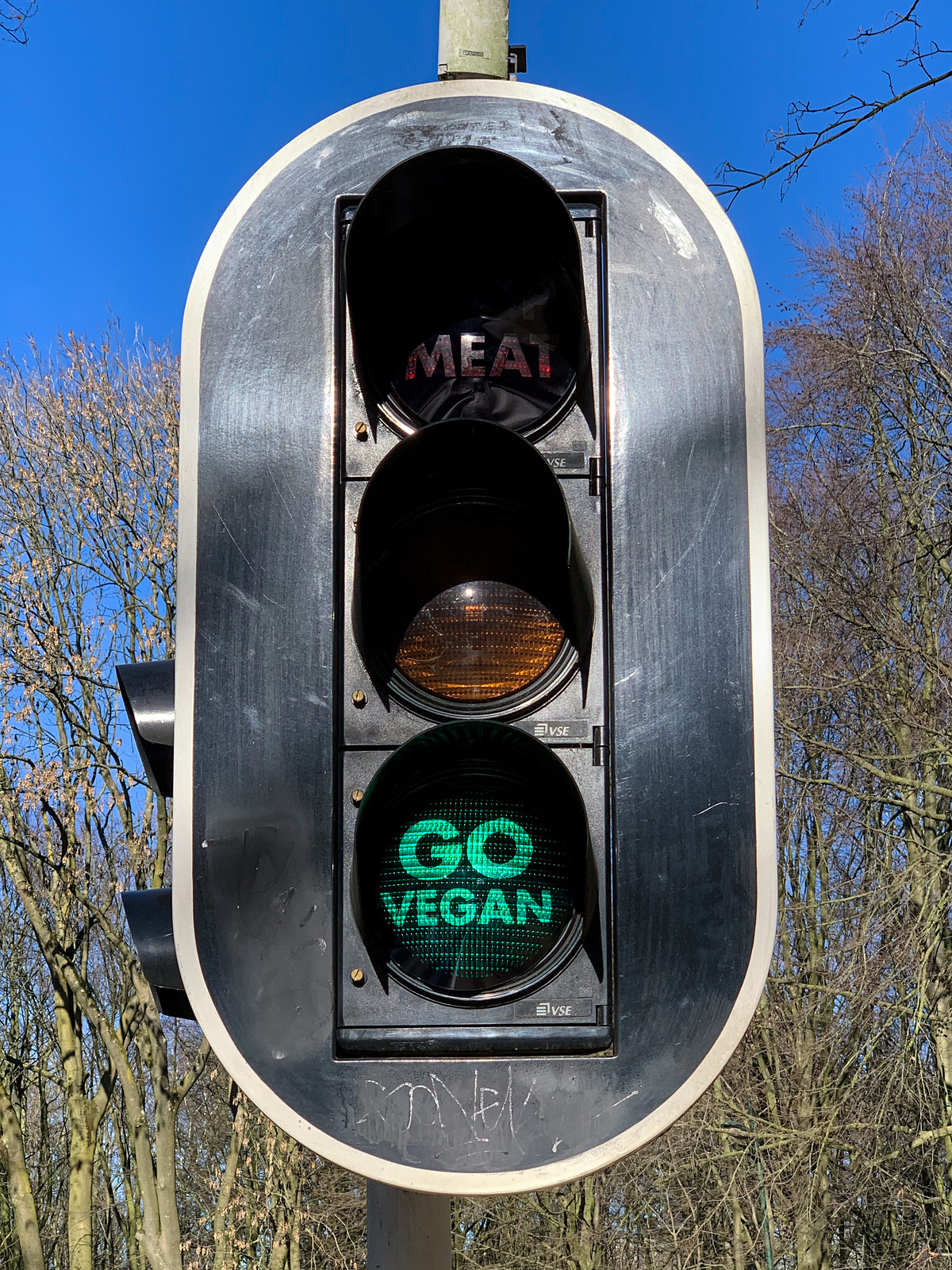 While the green lights now promote drivers to â€œGO VEGANâ€

MISTERUNCERTAIN He went on to say: