This series of silk paintings accompanies the film ‘Mute Grain’, made by the artist in 2019. The film and the accompanying paintings take as their starting point a 1945 famine that took place in Vietnam and is believed to have caused the death of over 2 million people.

‘Dream of March and August’, takes its name from the two protagonists of the film ‘Mute Grain’, a brother and a sister who are separated by the death of the sister and they exist in parallel worlds, one living, one dead and they are always searching for one another.

They are very slow somehow in their pacing, they are extremely beautiful, they are almost naïve, there is almost a kind of sentimentality to the imagery, but as always in Thao’s work it is undercut by a hint of violence, by certain jarring notes that make us question what story it is she’s trying to tell.

There’s often these strange juxtapositions of very classical or fairylike imagery with certain objects that for the artist are kind of symbols of the modernization of Vietnam, for example a conveyor belt or an escalator, these things that are kind of typical of the shopping center or the airport, these moments of transition. 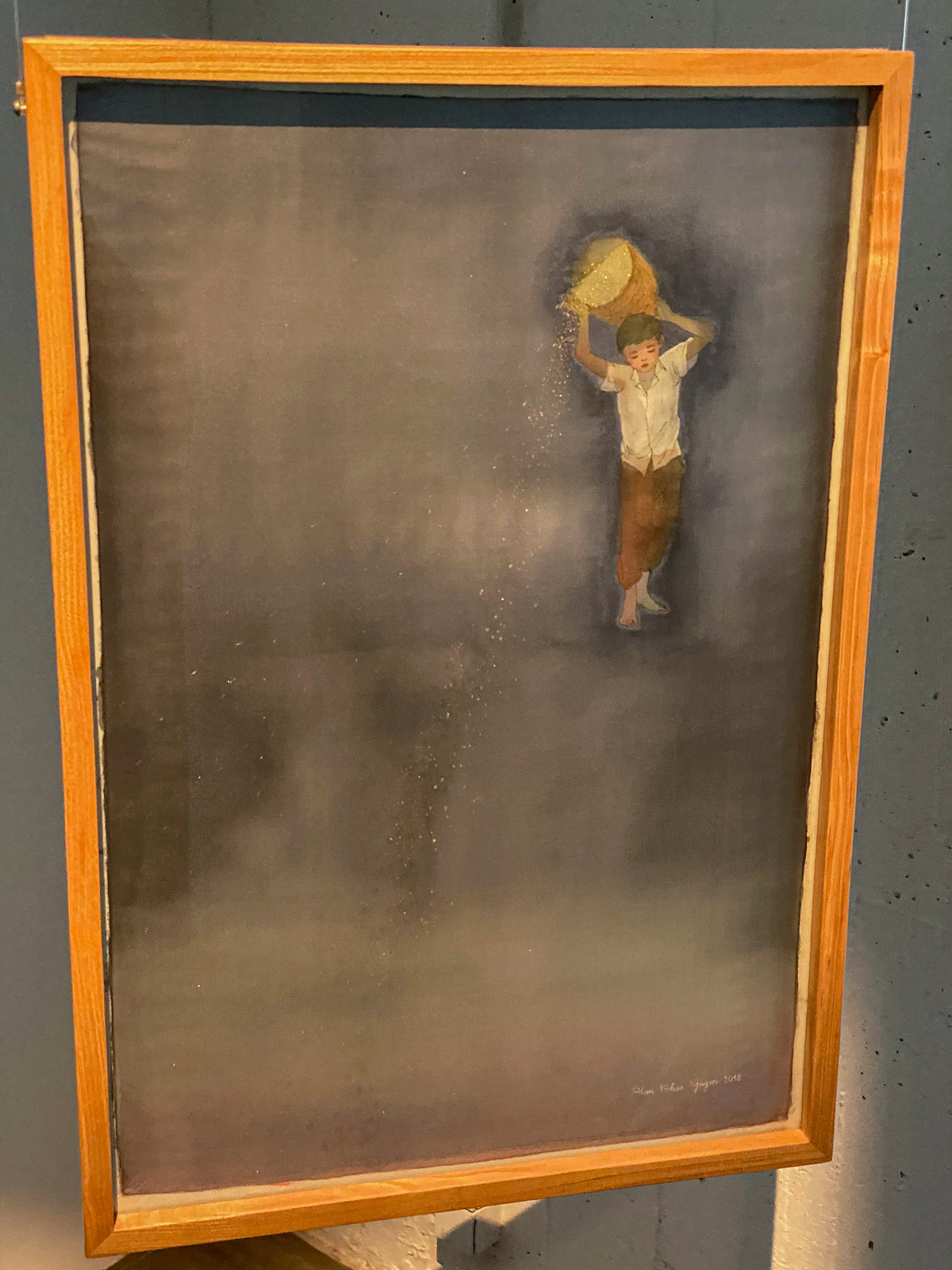 In the series titled ‘Voyages de Rhodes’, Thao-Nguyên Phan takes a book written by French Jesuit missionary Alexandre de Rhodes (1591–1660) which describes his travel experiences and observations, including in the region of present-day Vietnam, during the seventeenth century as her canvas.

Phan’s visual interpretation his stories that mixes her own paintings, which she places on particular pages of this book, that she has carefully removed and individually framed.

Phan’s interventions in the book interweave different narratives that sit between realism and fantasy. 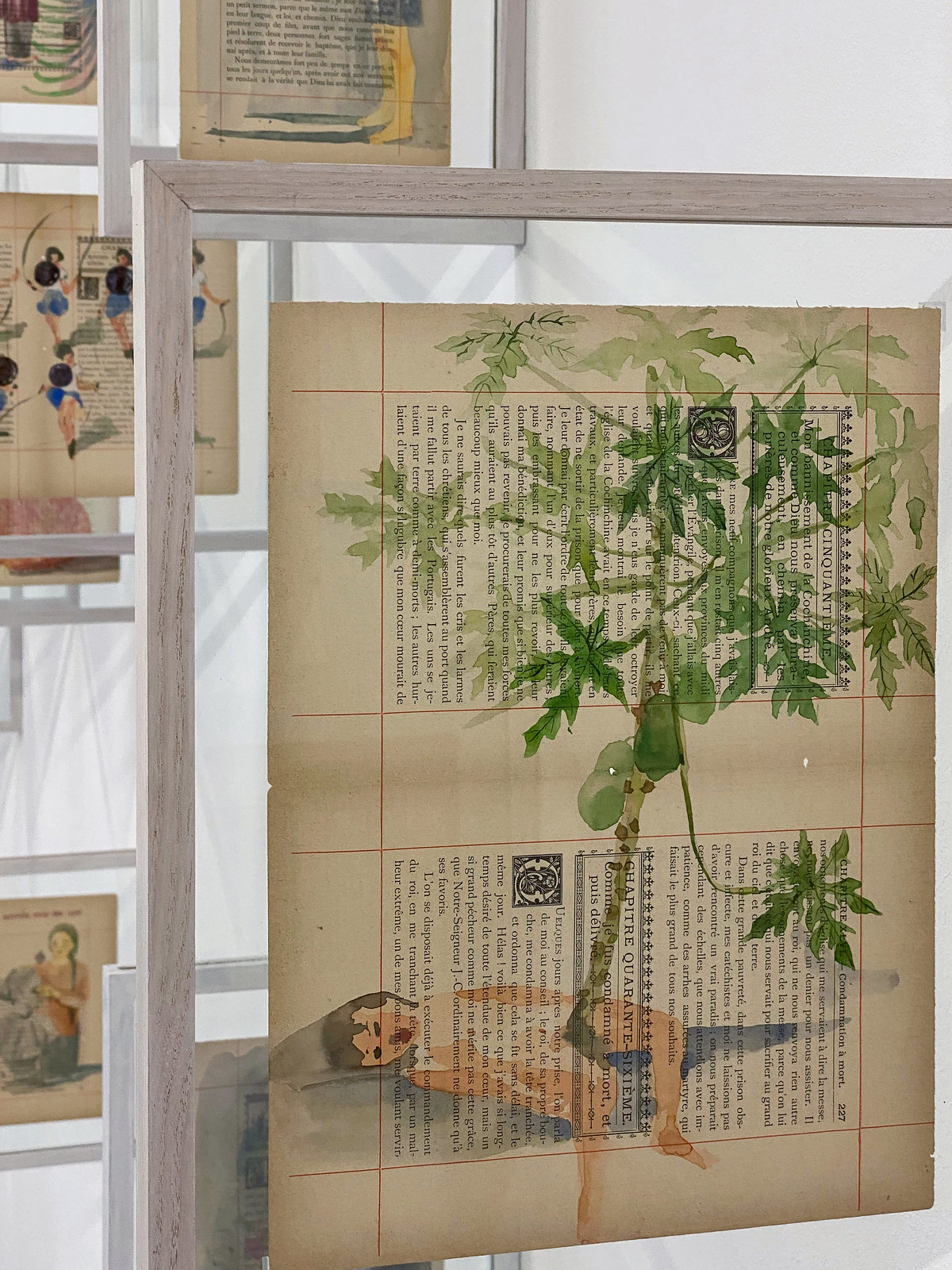 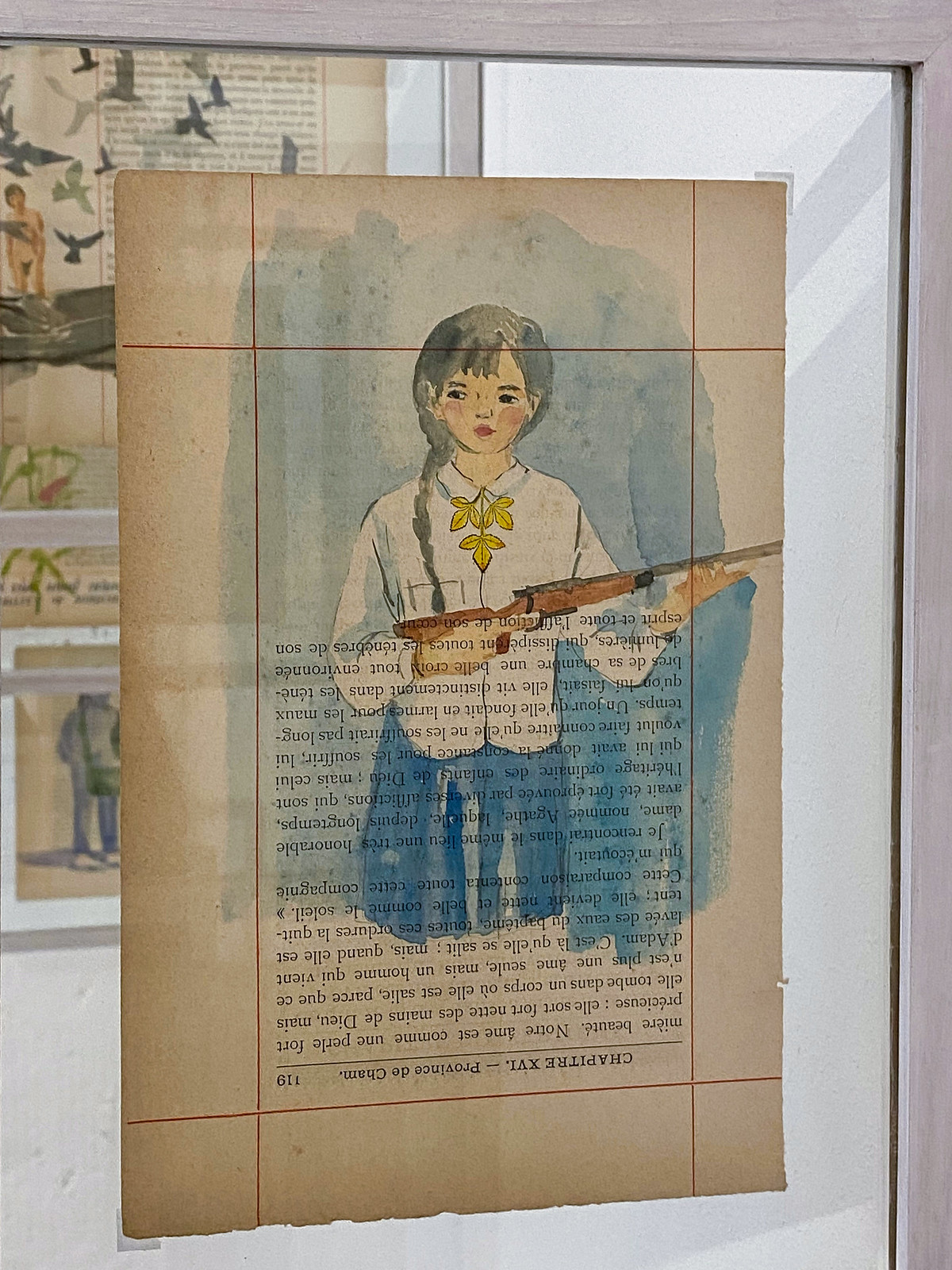