The disturbing mural on the one of the towers of the Brigittines social housing complex has now been replaced by an “official” work by street artist Vincent Glowinski better known as Bonom. 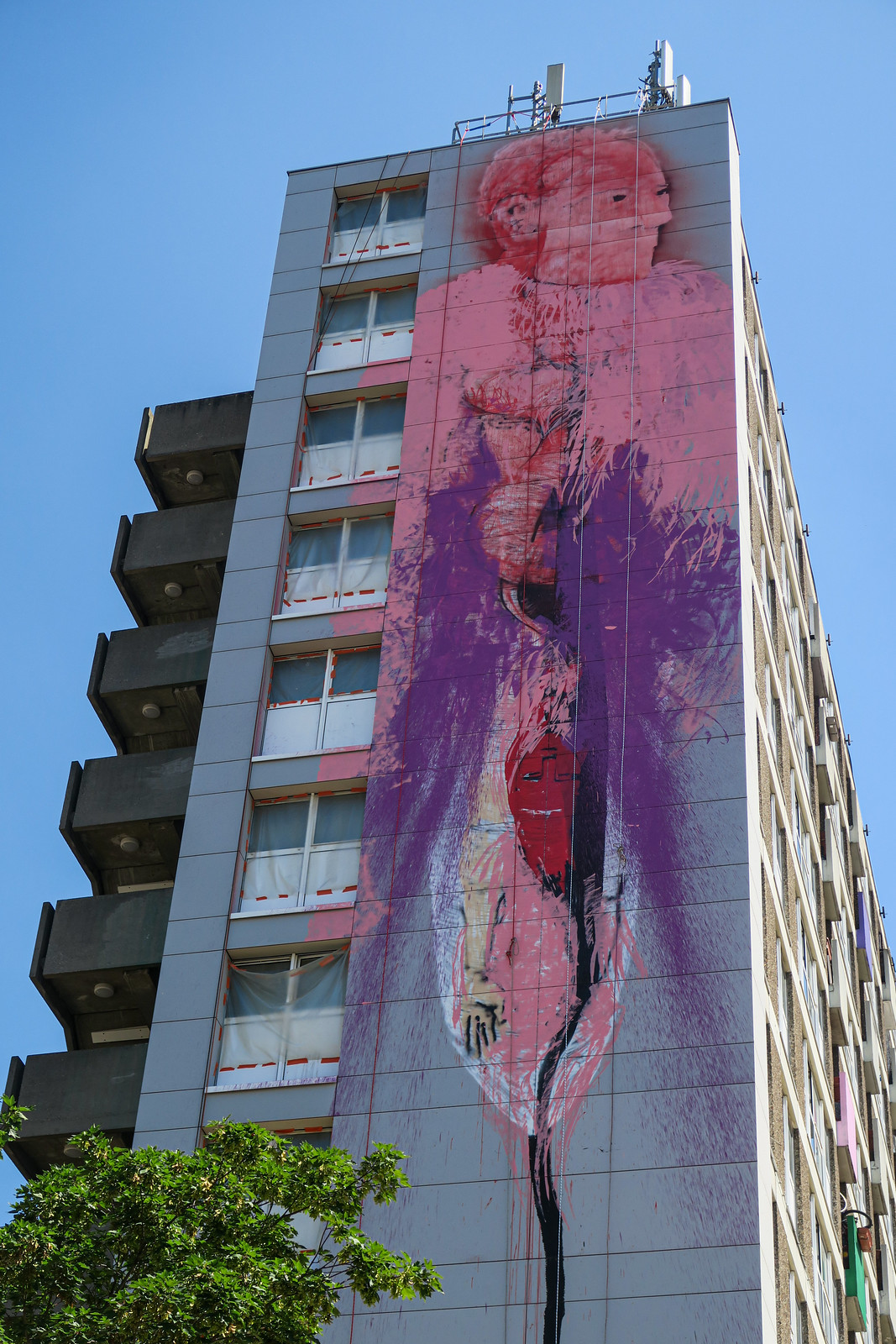 The new mural by Bonom is Located at rue des Brigittines 12, Brussels, Belgium

On this same wall, in 2017 a gory mural of a bloodied corpse hanging upside down running the length of the building appeared which shocked many as it was visible from all commuters taking the train line in and out of Brussels.

Art connoisseurs recognized it as Bonom’s take on a work made by the 17th century painter Jan de Baen: The corpses of the De Witt brothers which depicts the double murder of the Dutch regents Johan and Cornelis De Witt.