Quick & Flupke, the two little rascals created by HergÃ© have now found an all new playground for their mischievously acts. Indeed, the previous mural found on the building at the corner of rue Haute and rue des Capucins had to be taken down in order to make way for a new housing project. The new work of art of the kids, wearing their famous red turtleneck and their green raincoat can now be admired at 19 rue Notre-Seigneur, 1000 Brussels. 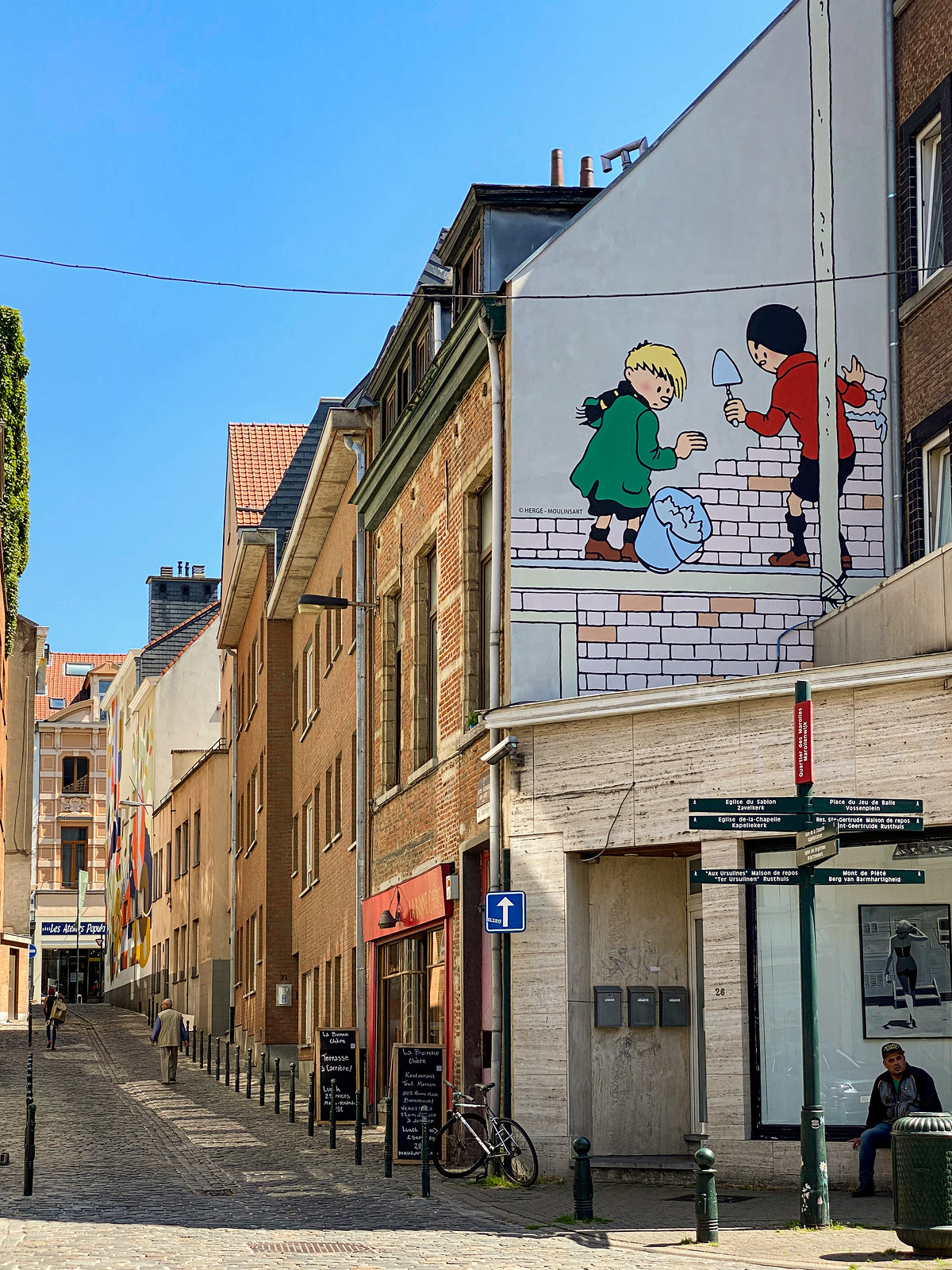 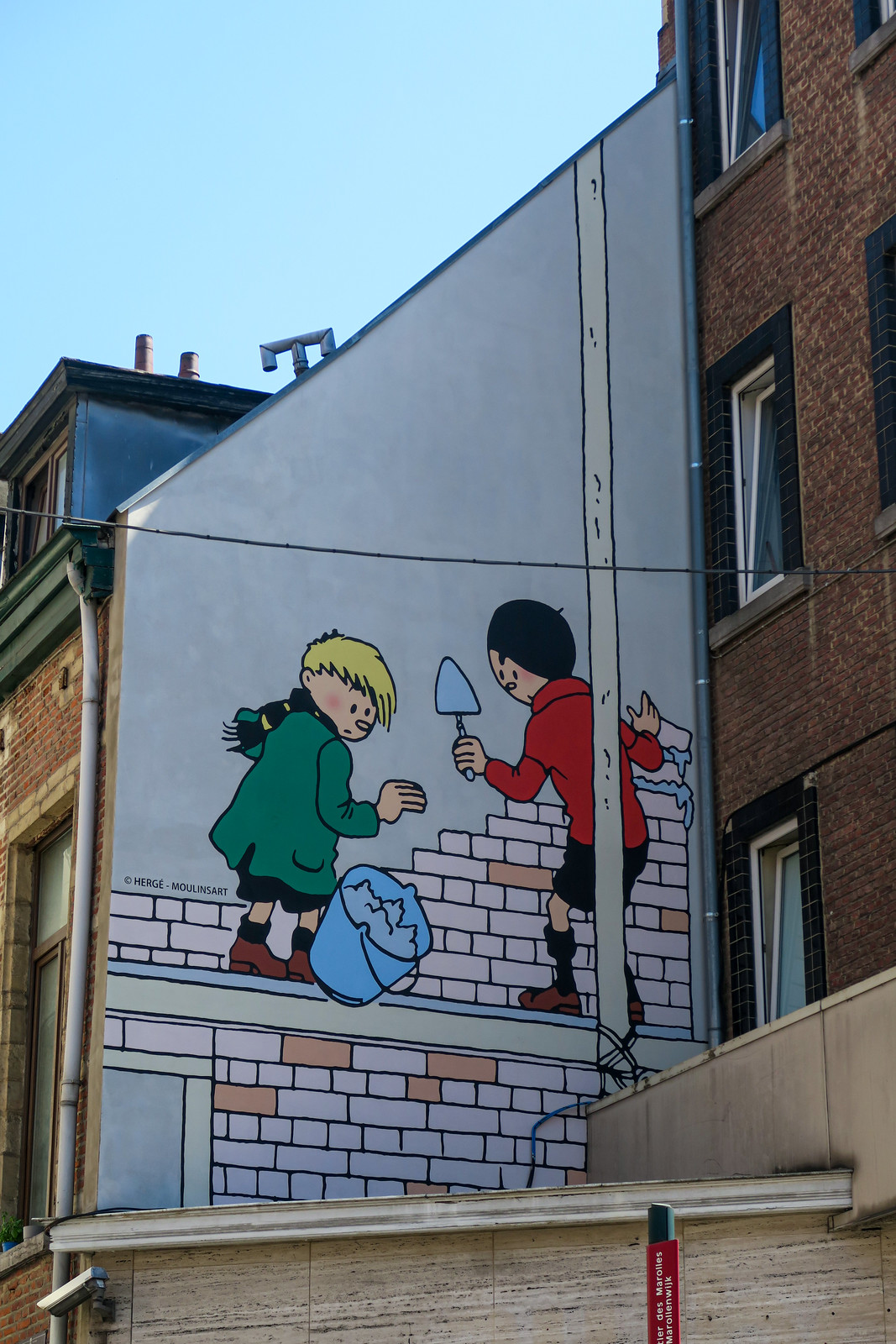 â€œAs key figures in Belgian comic strip world, they had to keep a place onthe Brussels comic strip route. What was more, these two â€œketjesâ€ had to stay in the Marolles, so dear to the author, as HergÃ©’s grandmother lived on rue Terre-Neuve. To add a funny little anecdote: this is also the official address of Tintin, except that “Newfoundland” has been mischievously renamed “Labrador” in fiction “.

Like Tintin, Quick & Flupke are real Brusseleirs. These nicknames are moreover typically from Brussels dialect with: â€œFlupkeâ€ for Philippe and â€œQuickâ€ being a nickname given to a friend of HergÃ©.