Mondo Cane is the title of the exhibition by Brussels artists Jos de Gruyter and Harald Thys that represented the Belgian pavilion and won a special mention award during the last Venice Art Biennial in 2019 is now showing at the Bozar in Brussels.

On one side, this exhibition showcases a reassuring world, with familiar craftsmen of yesteryear, working their old trades and on the other, a darker and more disturbing side , populated with the psychotic or mentally ill, common criminals, collaborators, spies or souls possessed of by devil. To add to the general feeling of discomfort, about half of these dolls are automated, performing repetitive actions as you move around. A bit of the Adventures of Tintin but for adults, if you like…

Pictures of the “Mondo Cane” Exposition 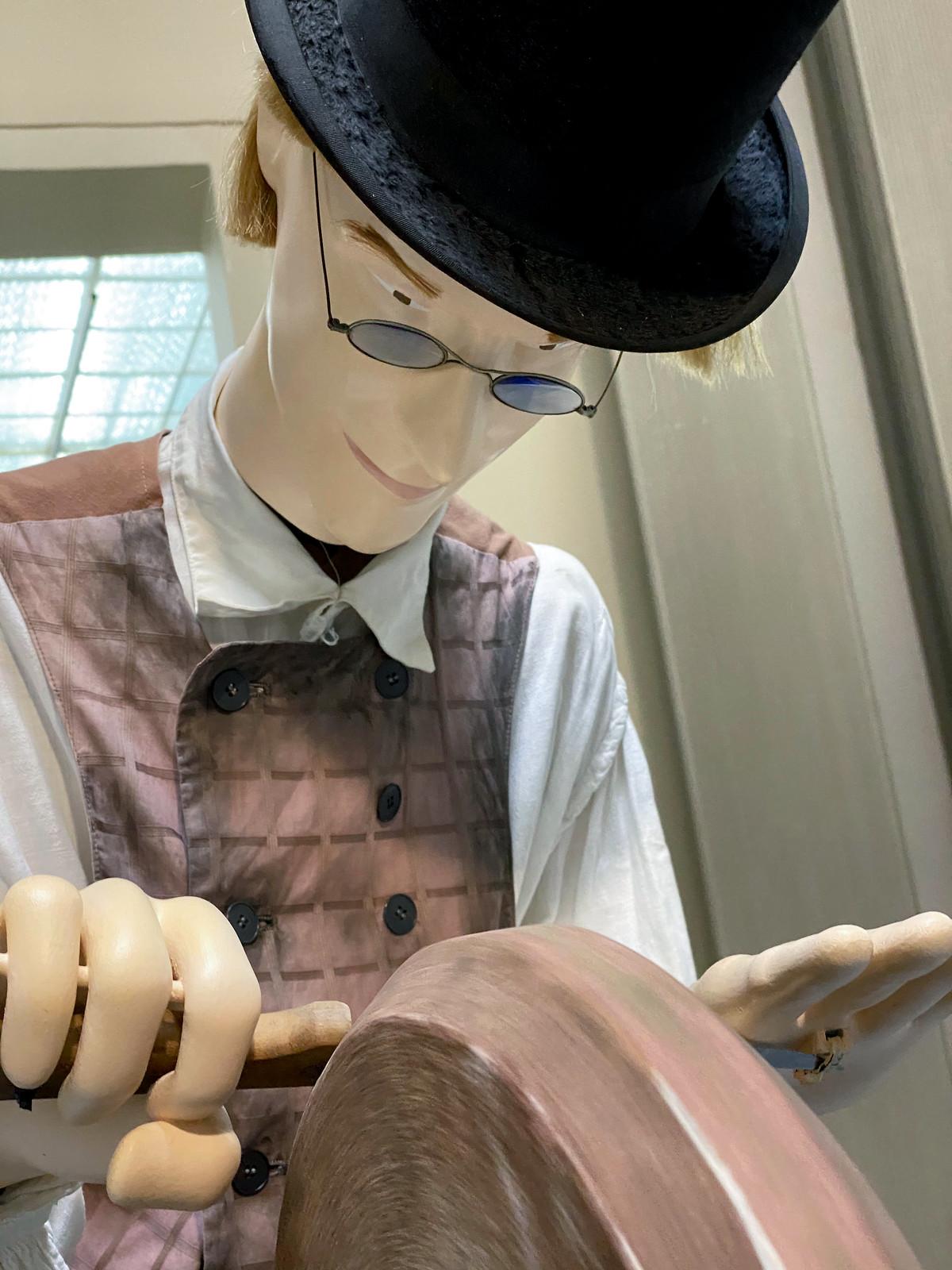 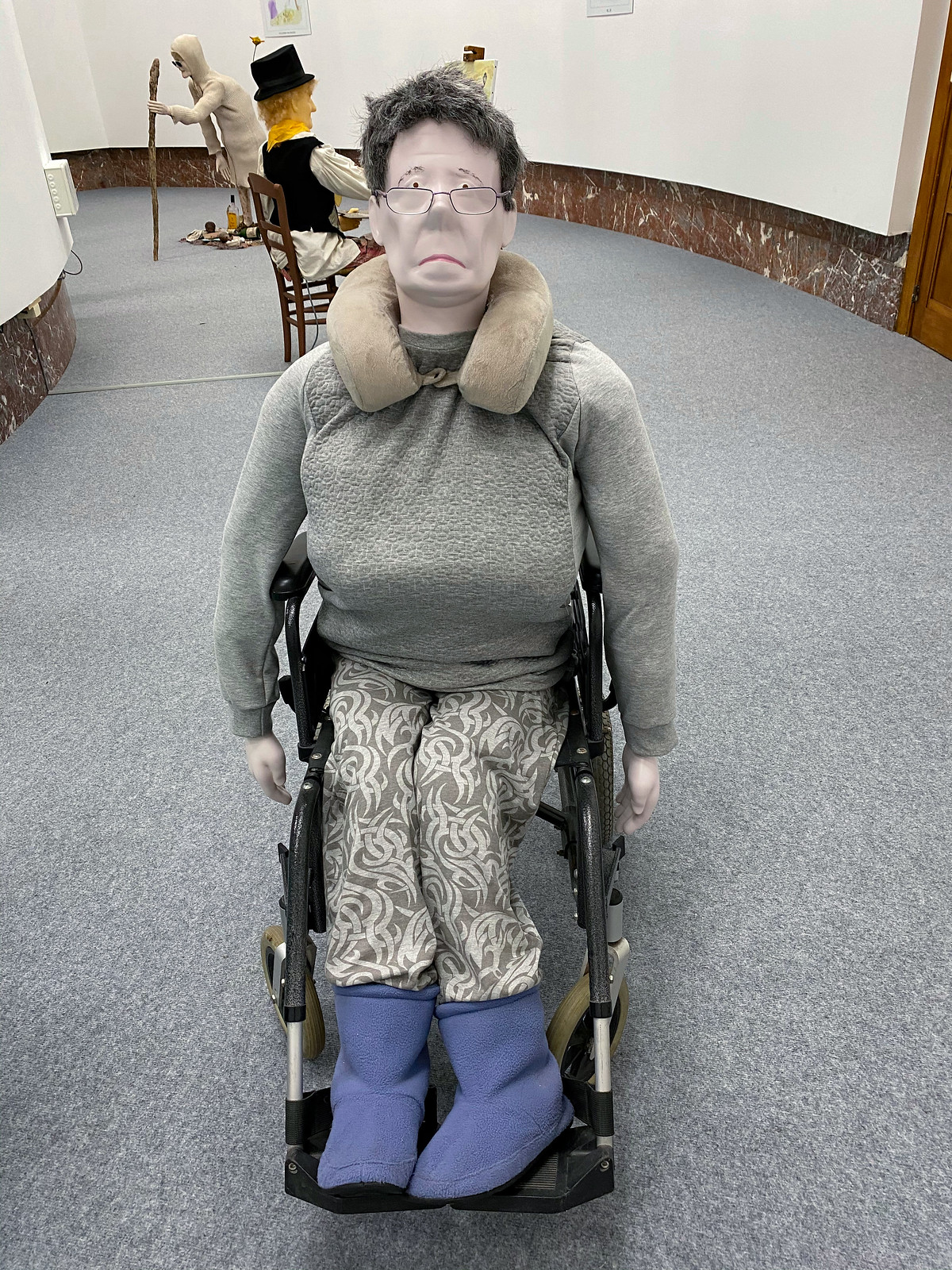 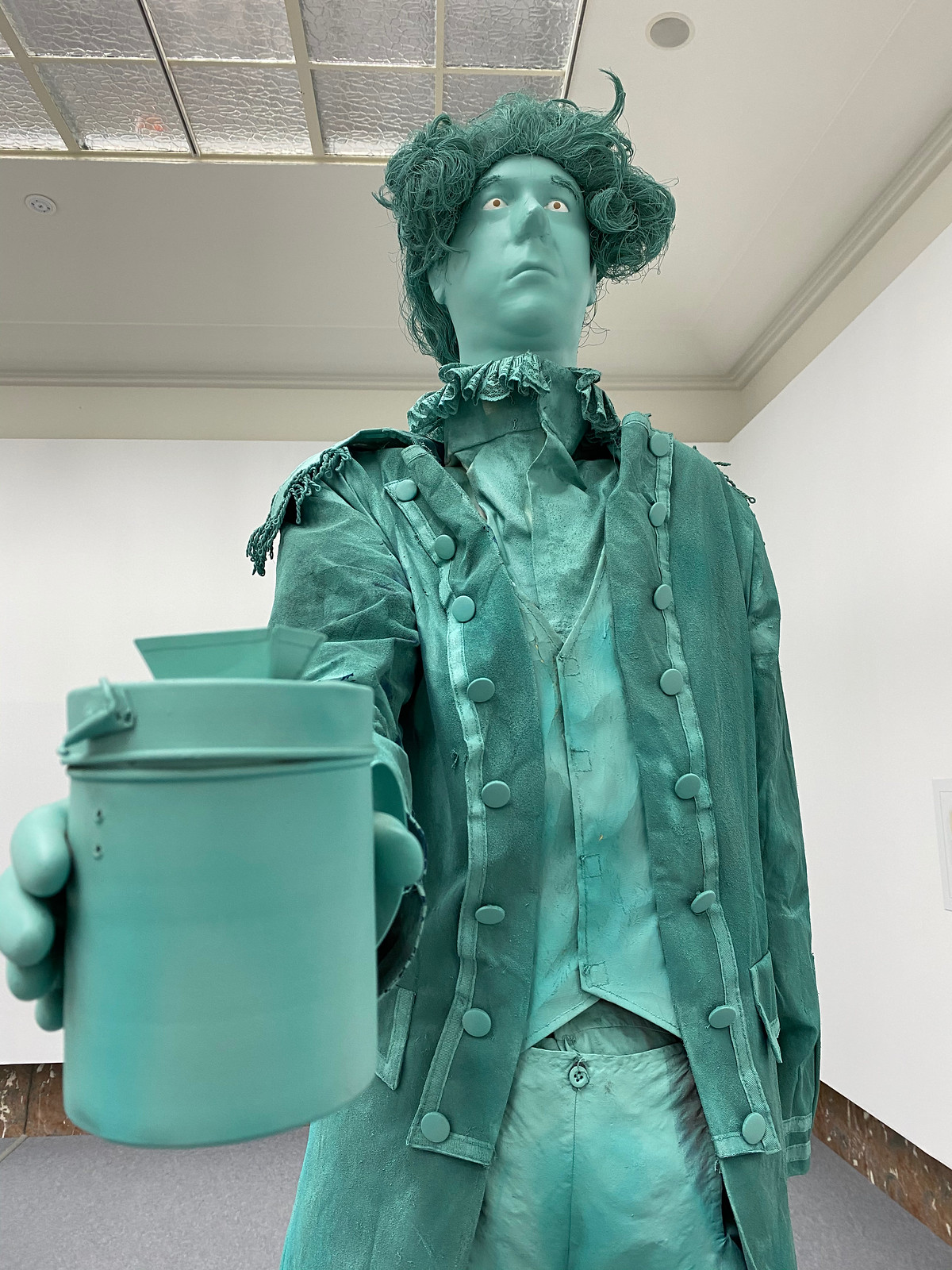 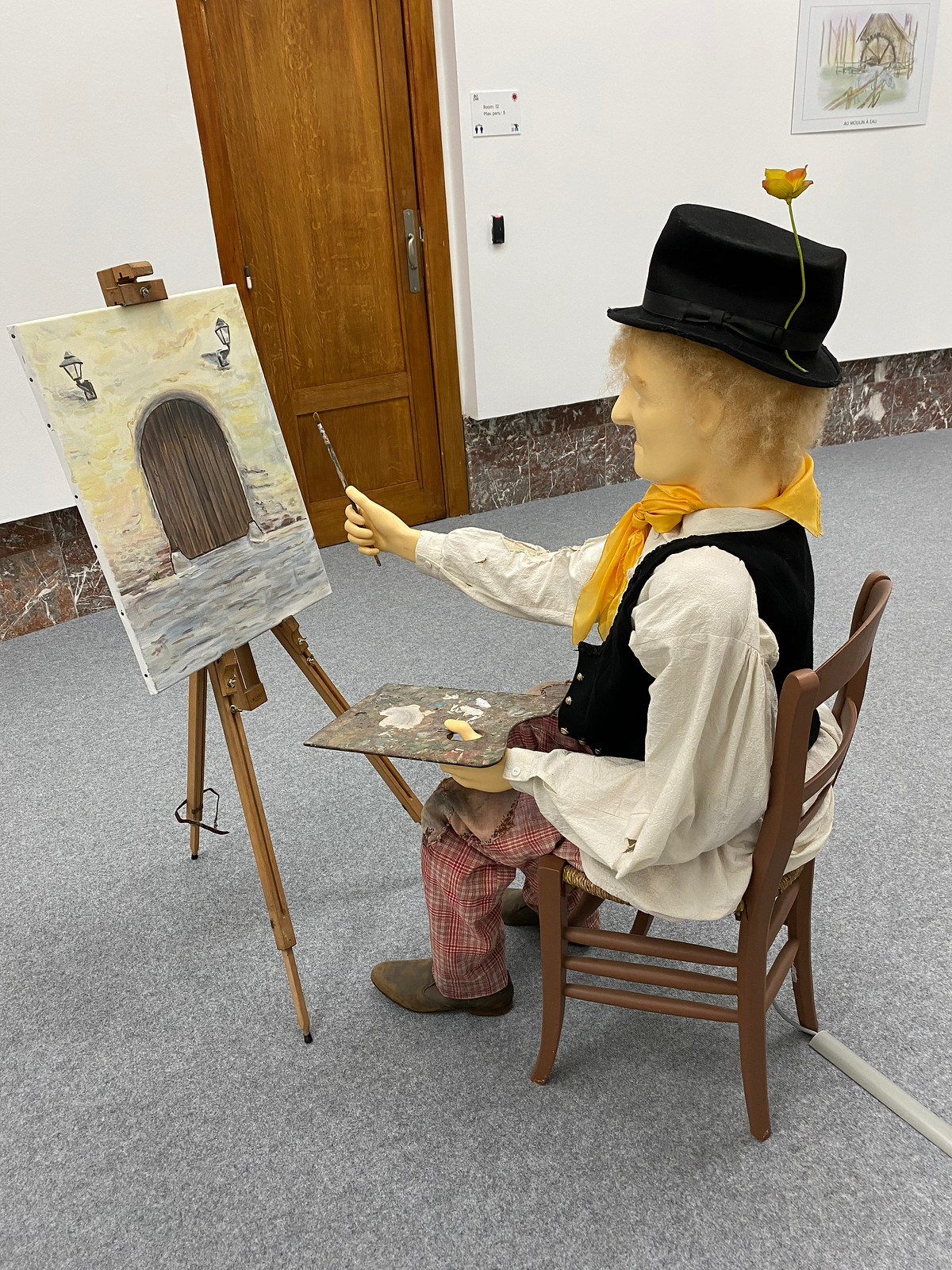 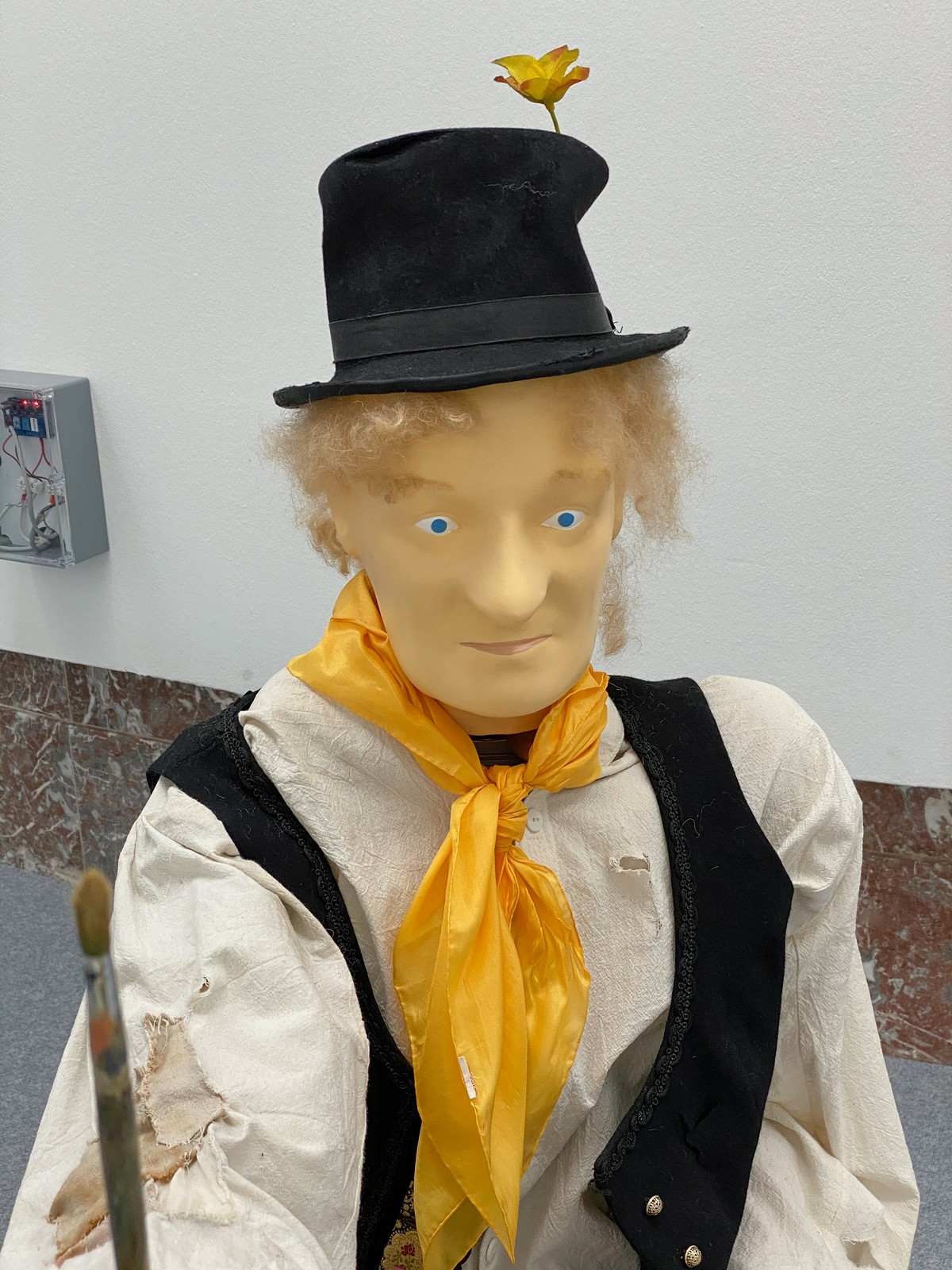 Closeup on the face of De Belder Guido, the painter 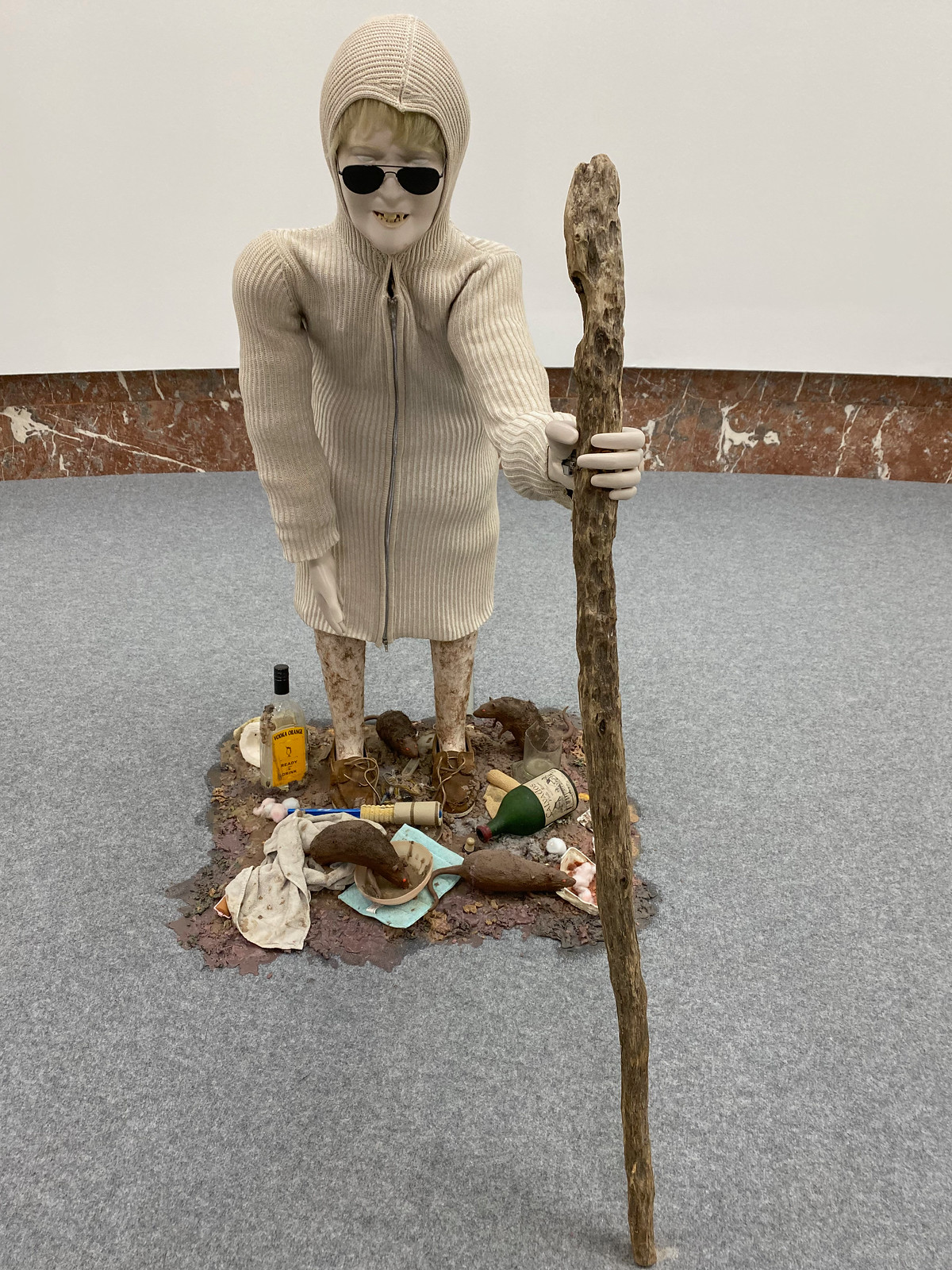 At her feet the rat and the filth 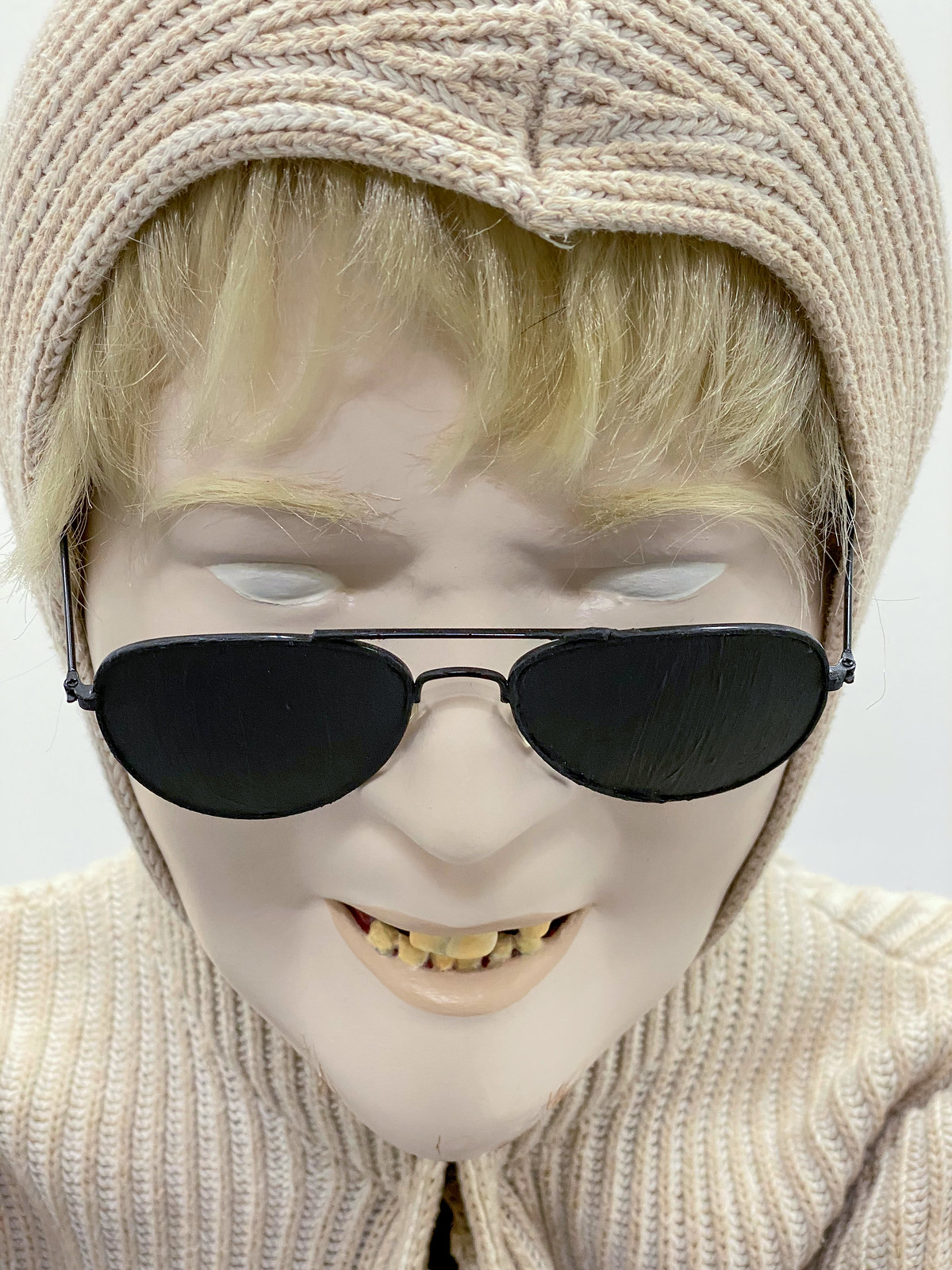 The face of the rat woman 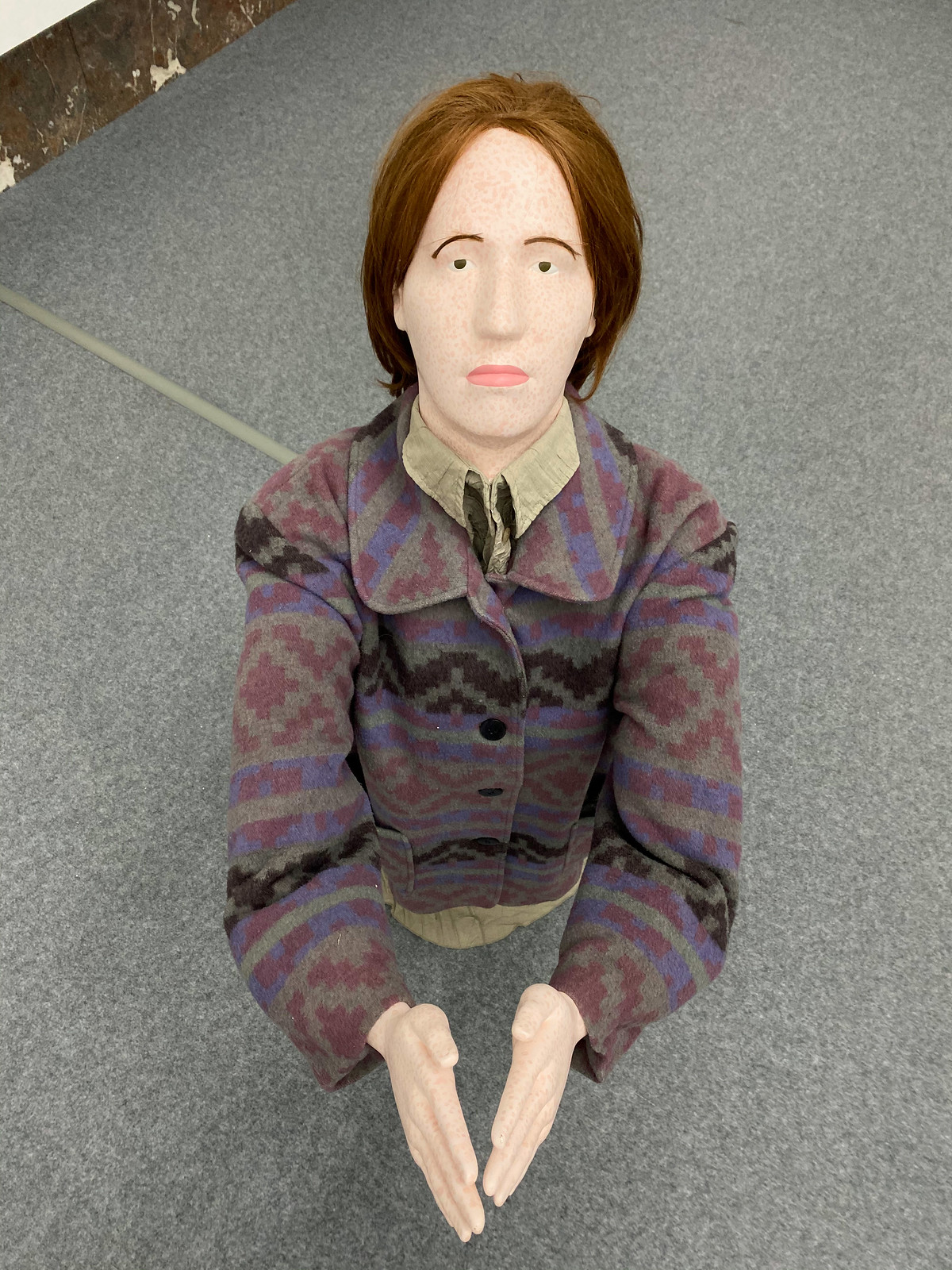 Jacobina Bienebol, the daugher of the preacher 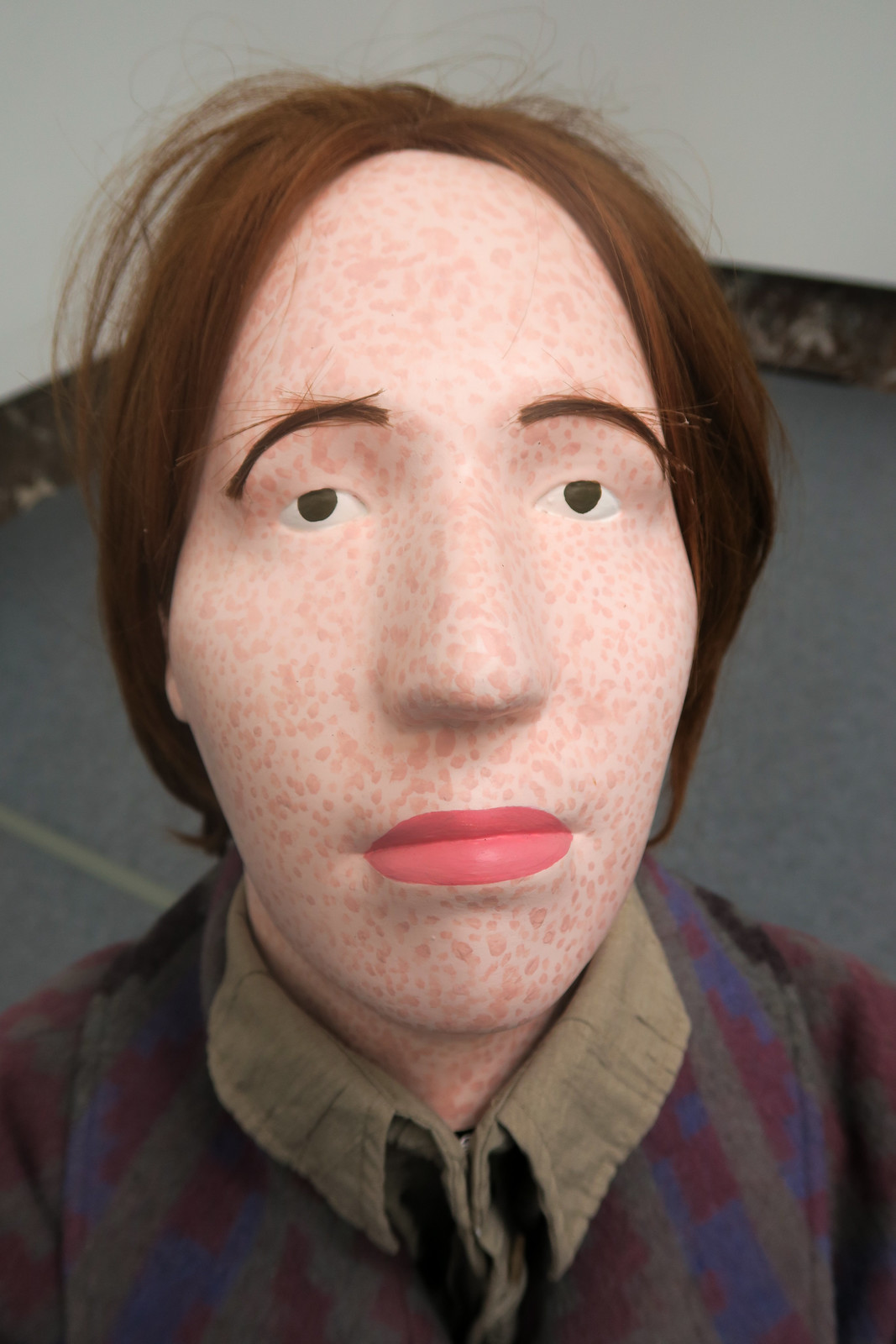 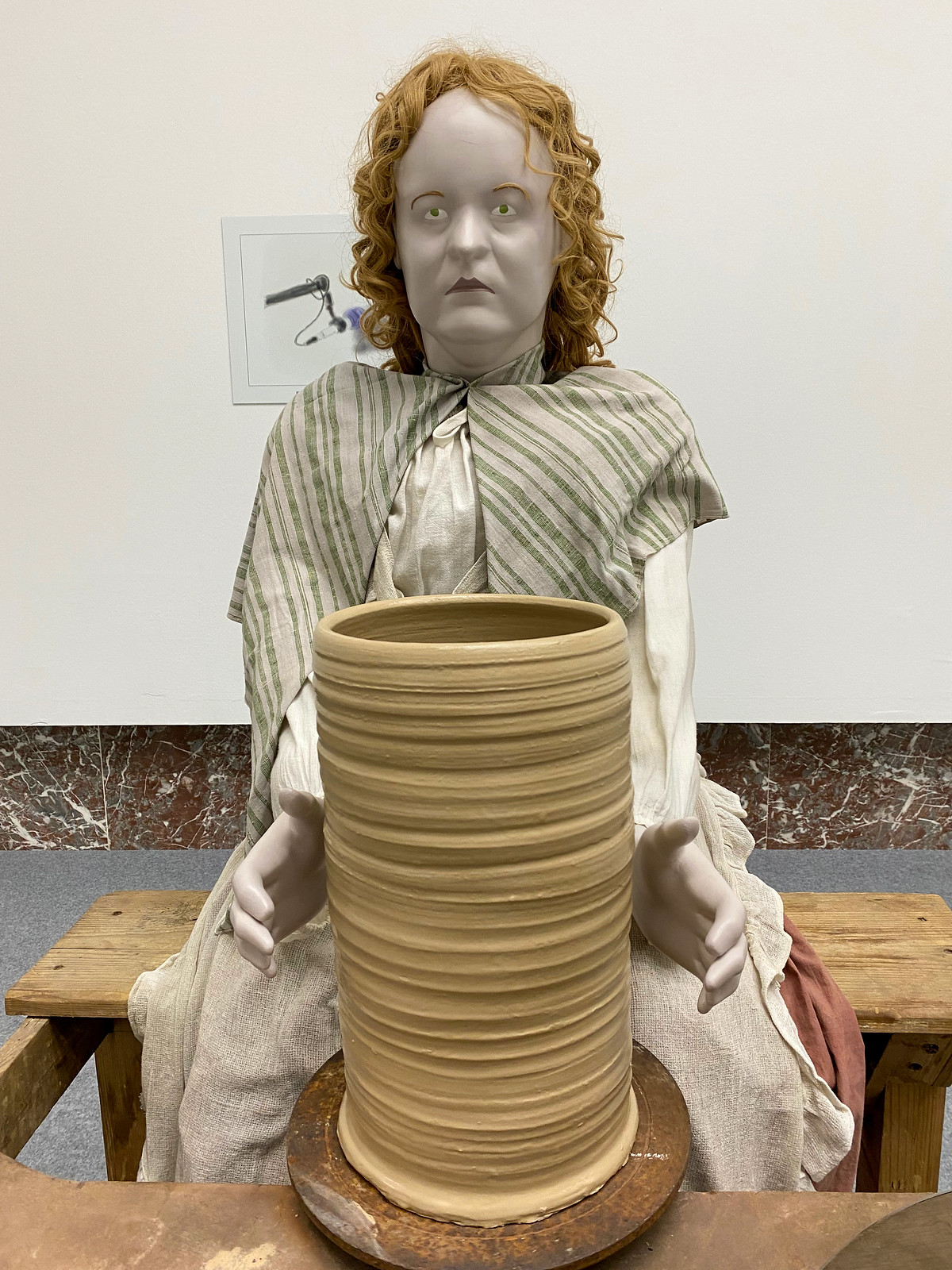 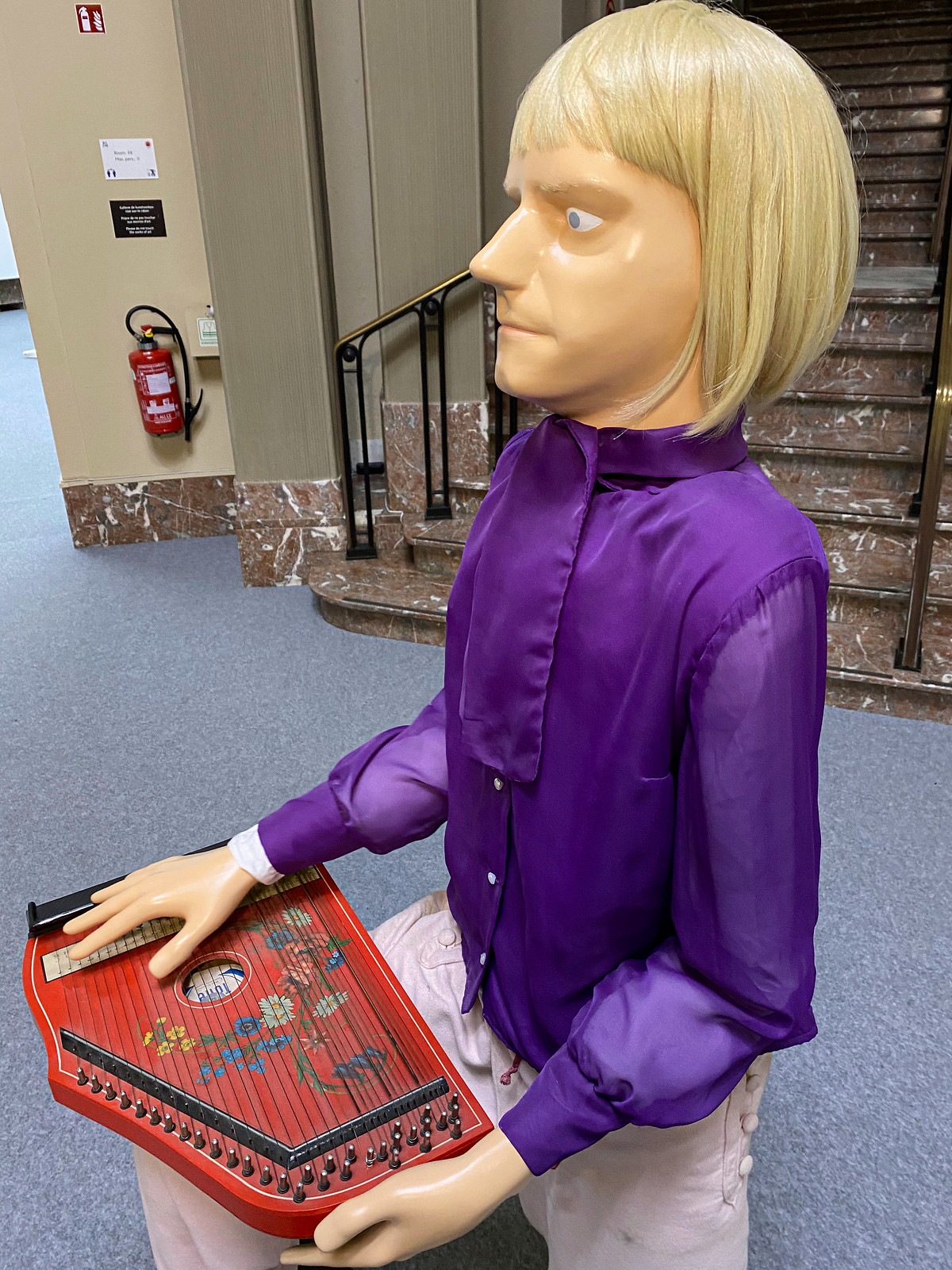 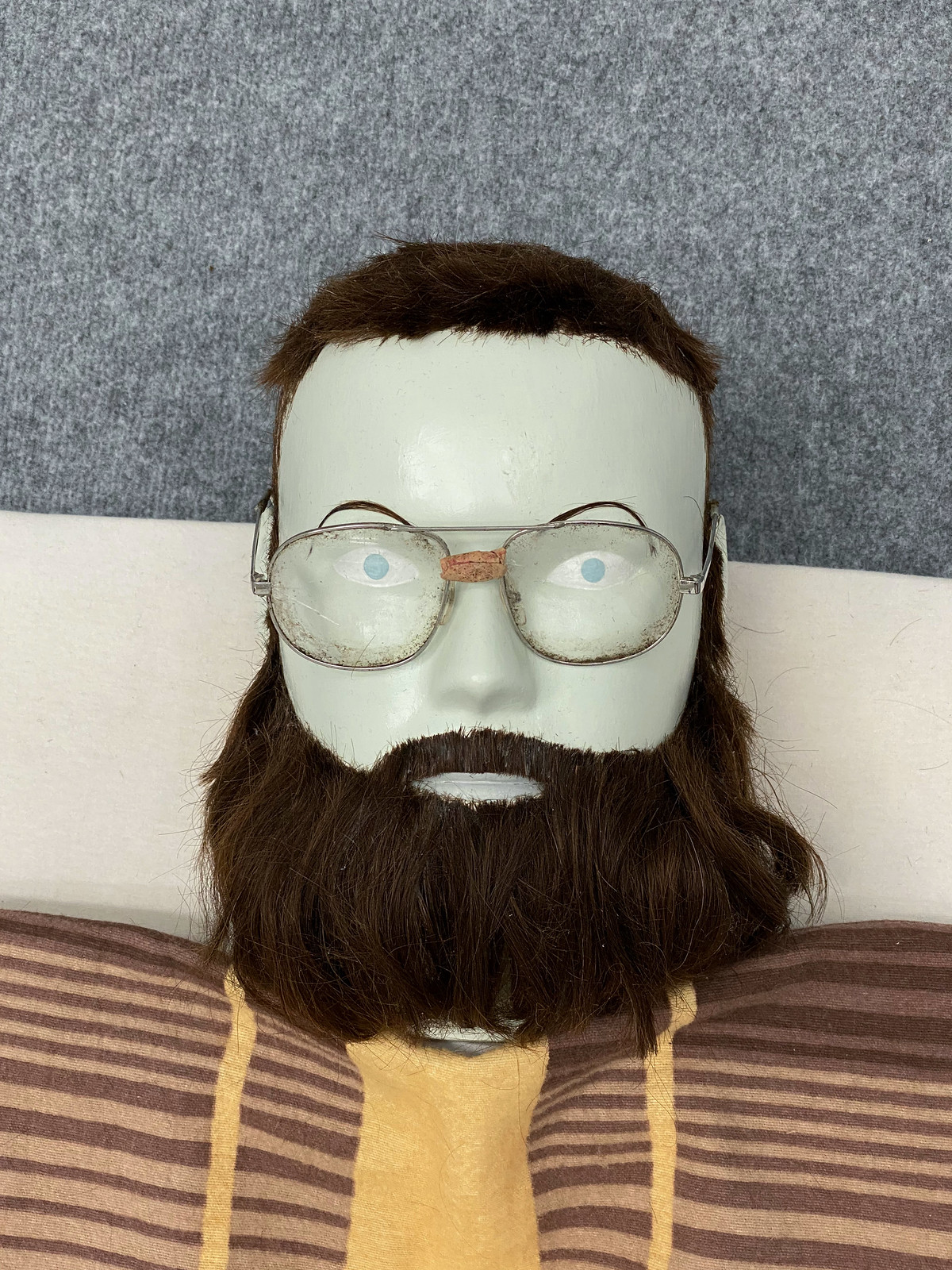 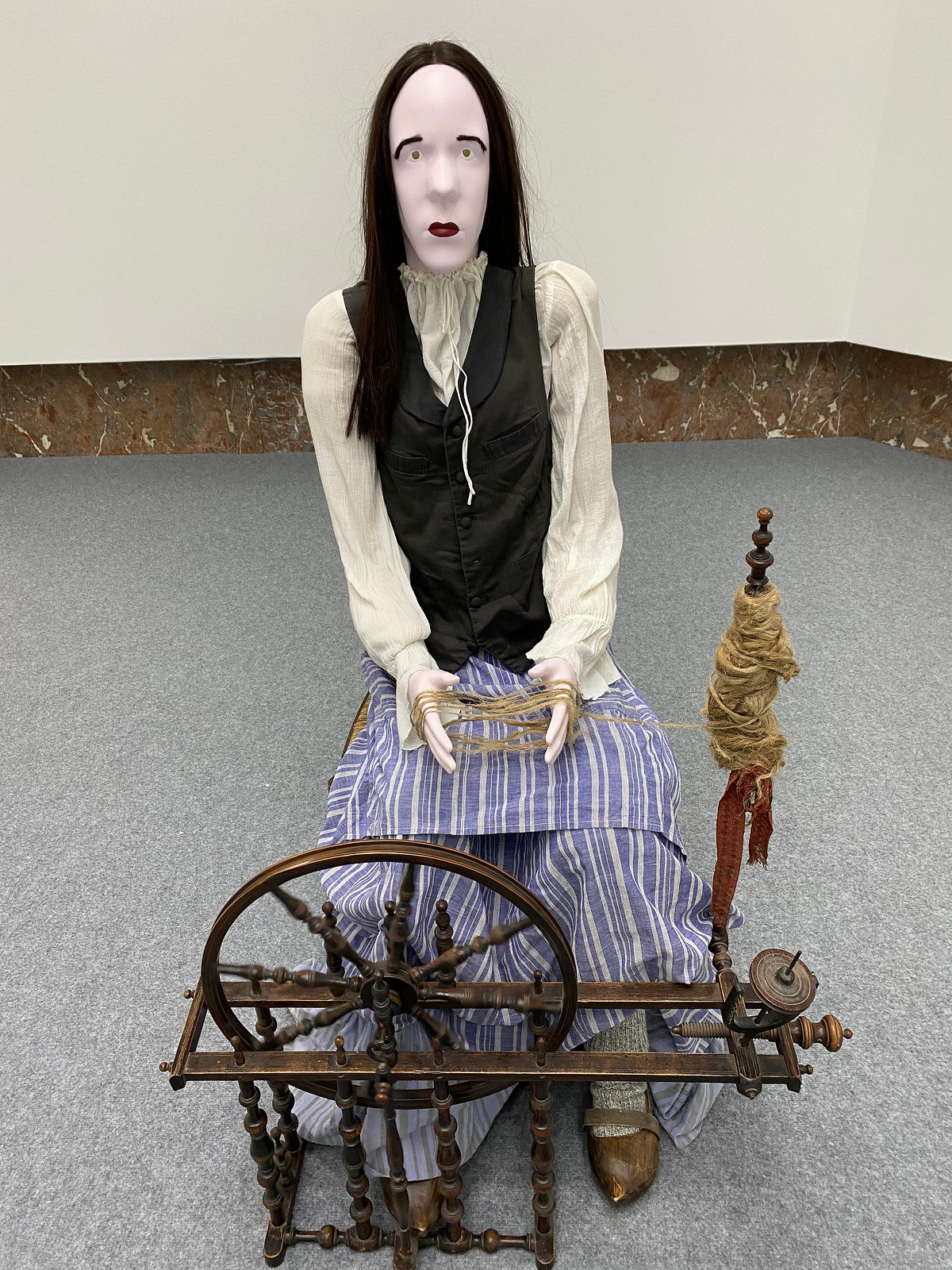 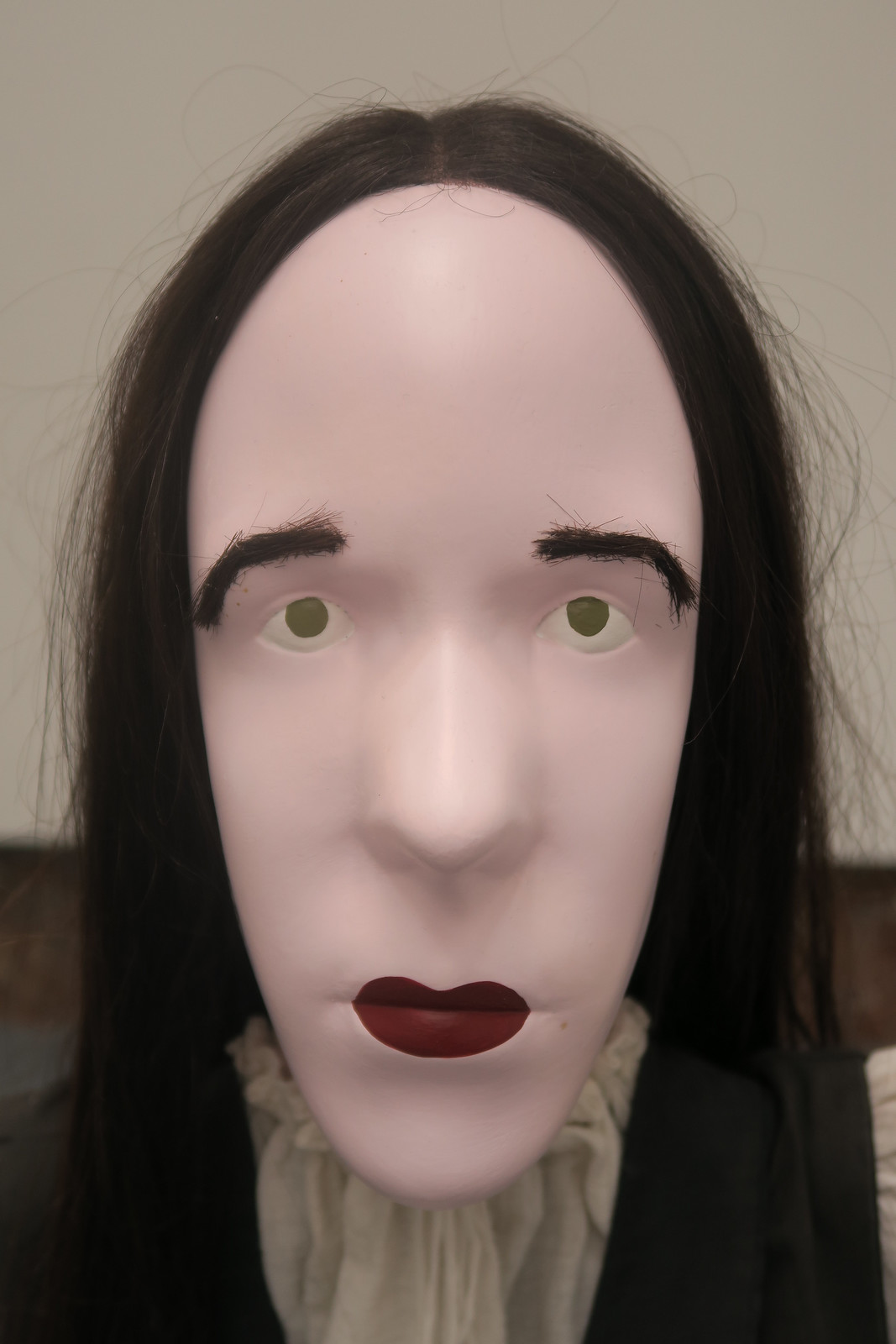 Closer look at the detail of the face of Irmgard Speck 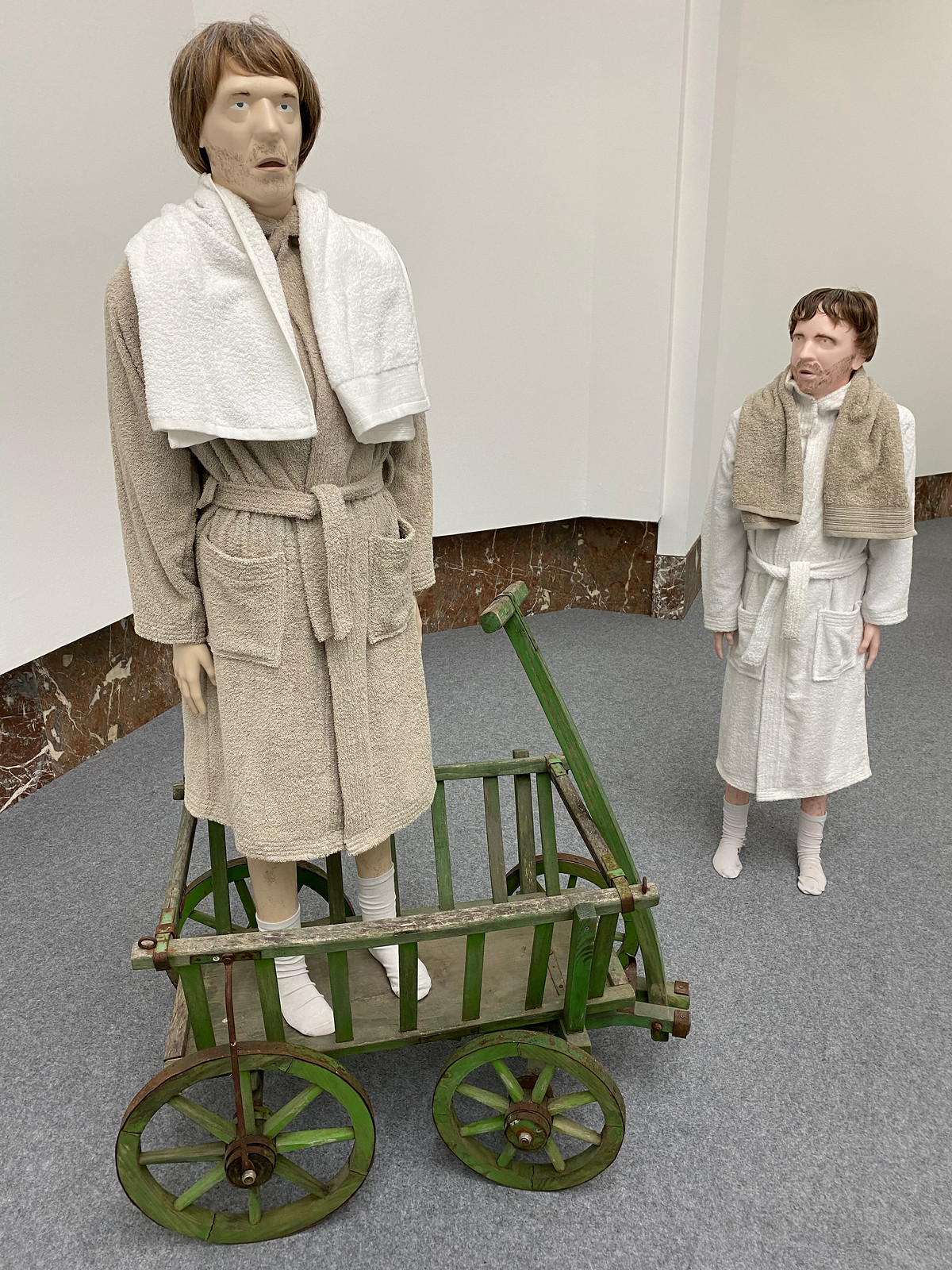 Flip standing on the cart 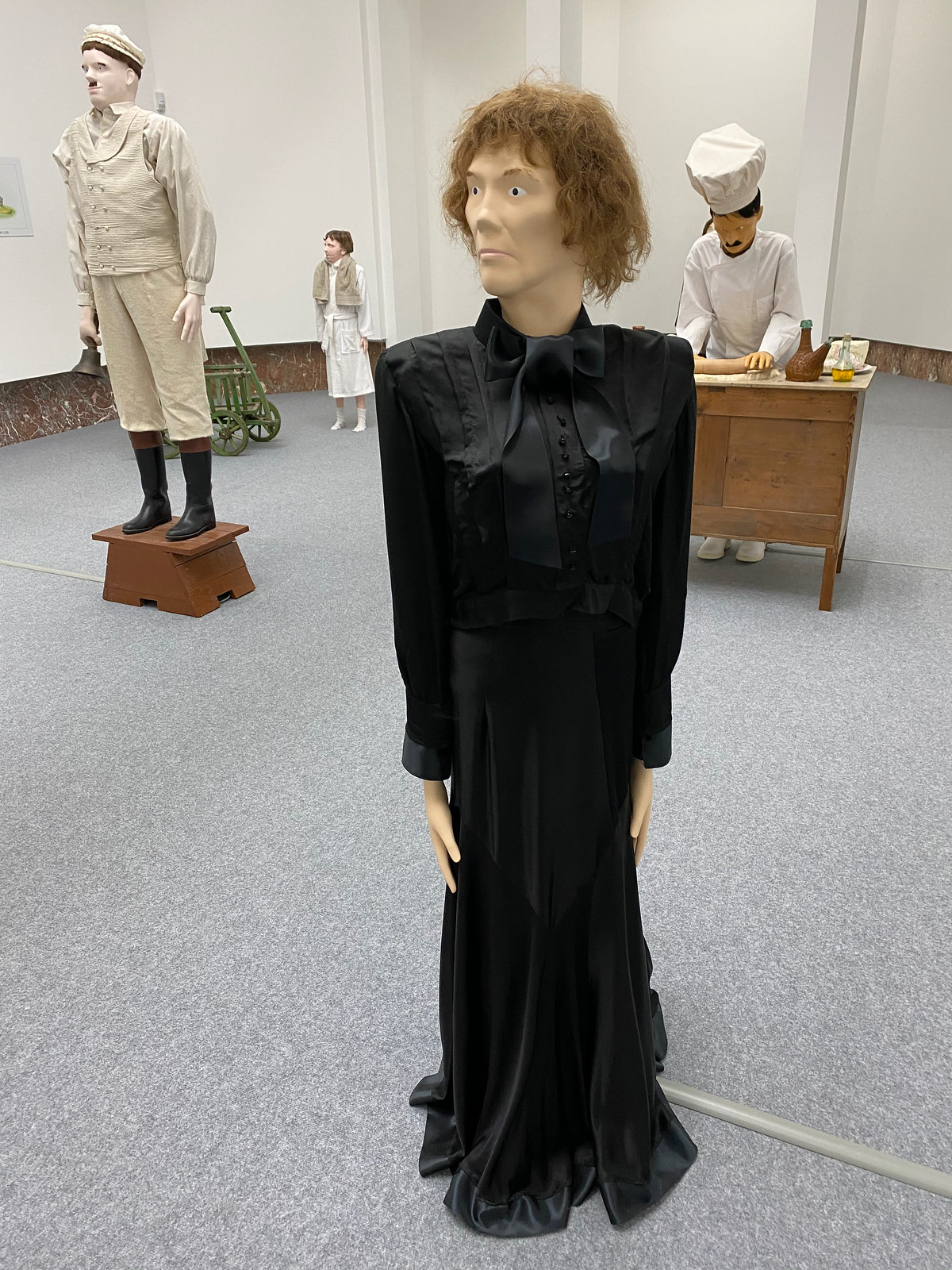 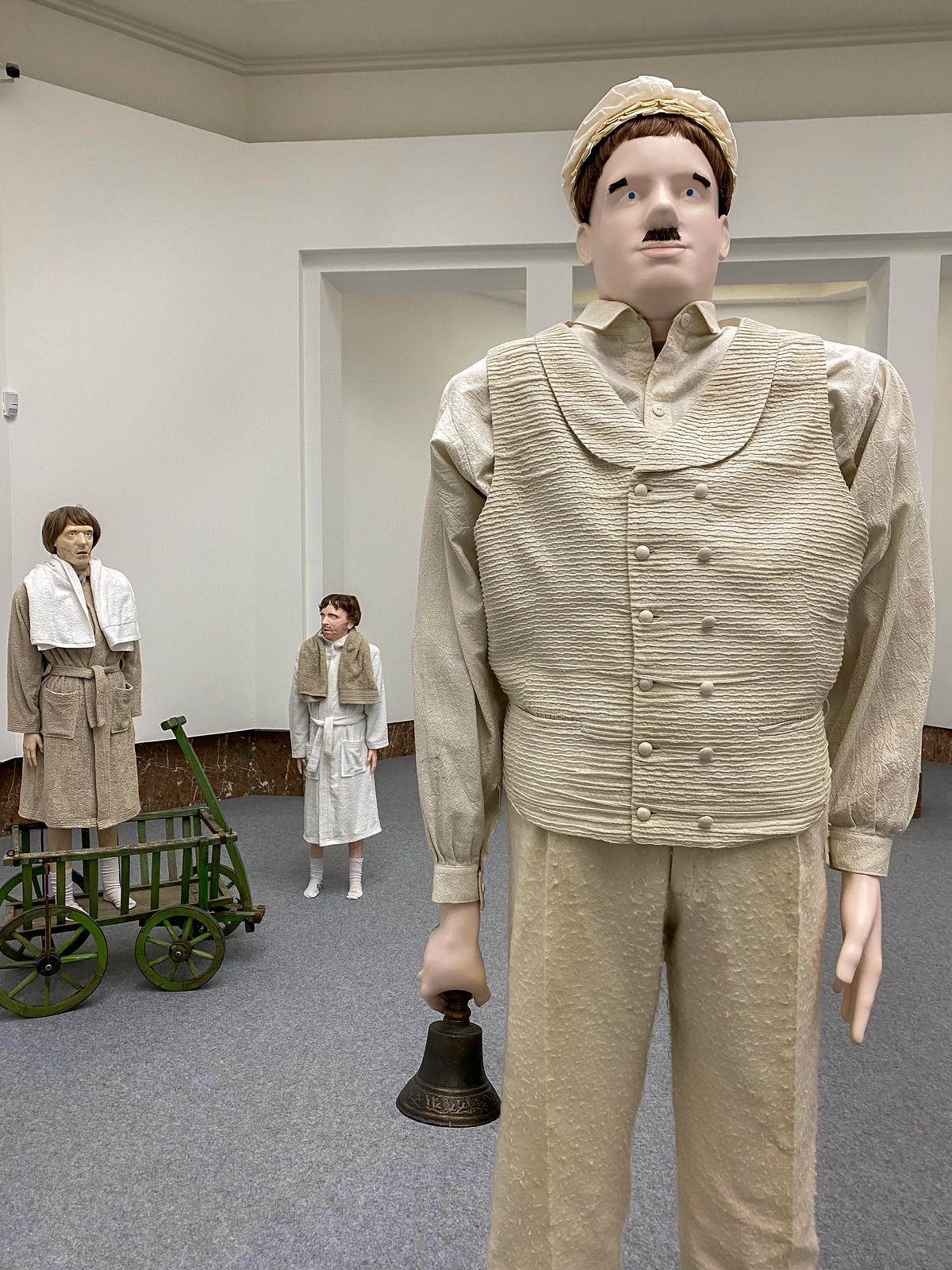 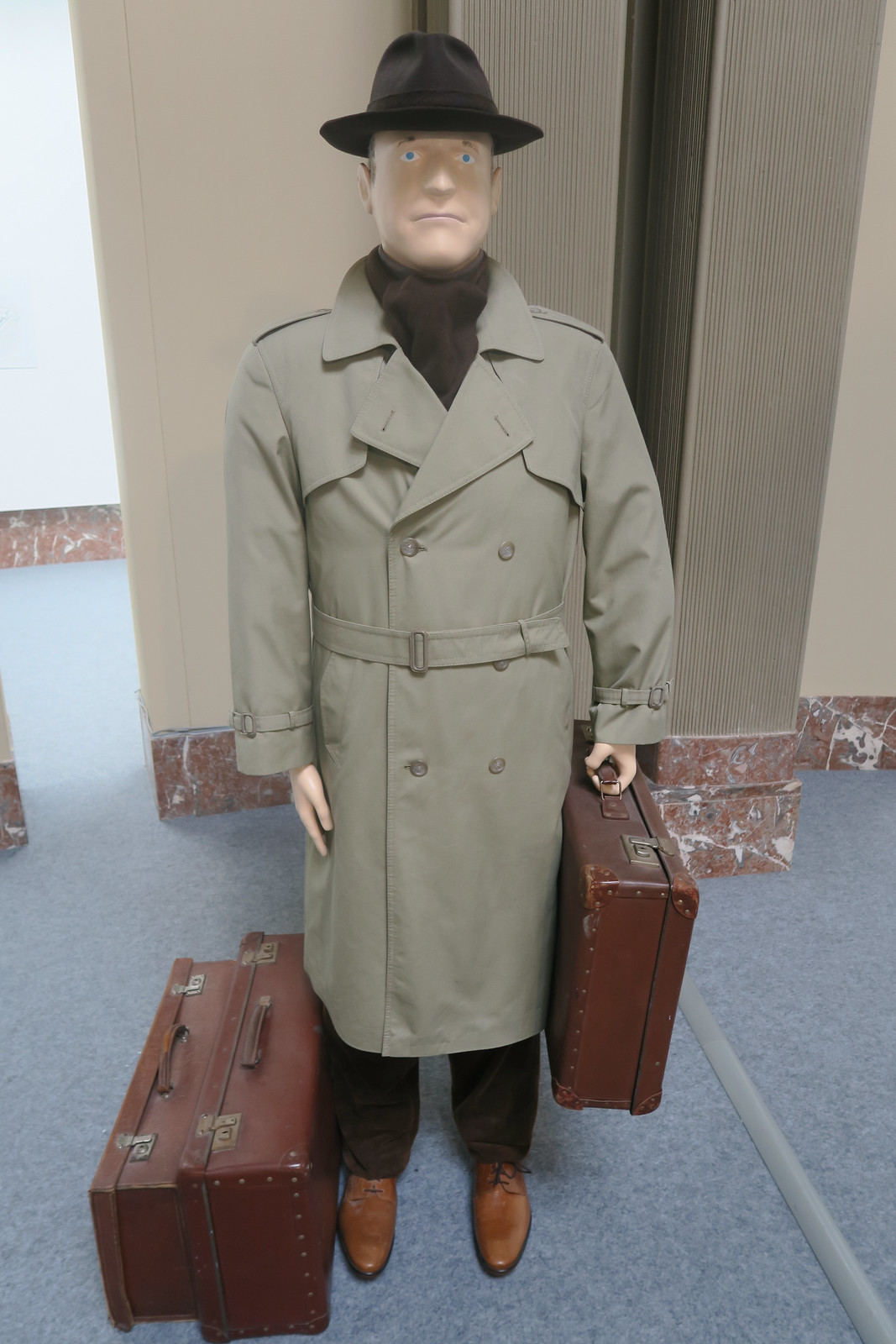 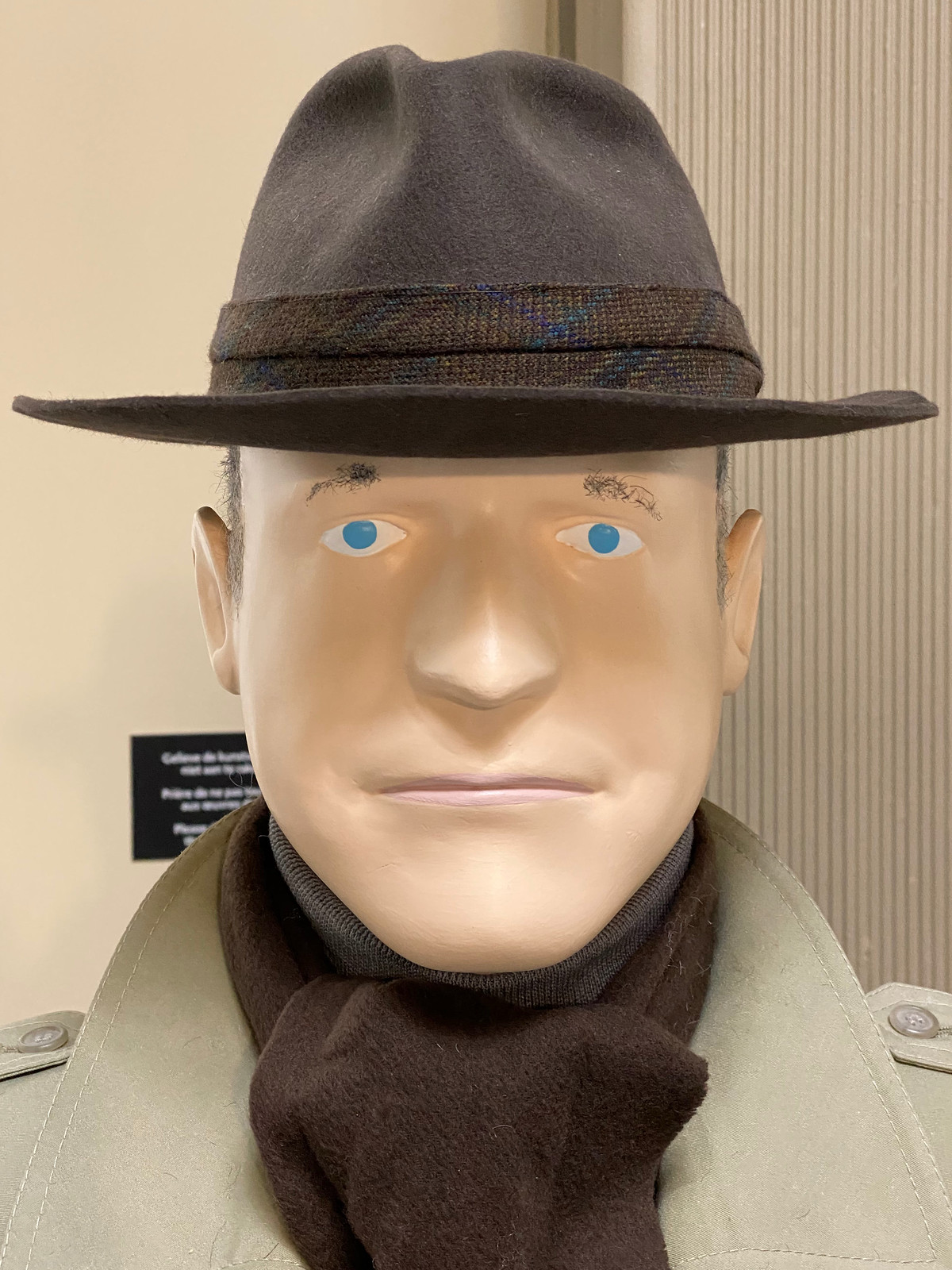 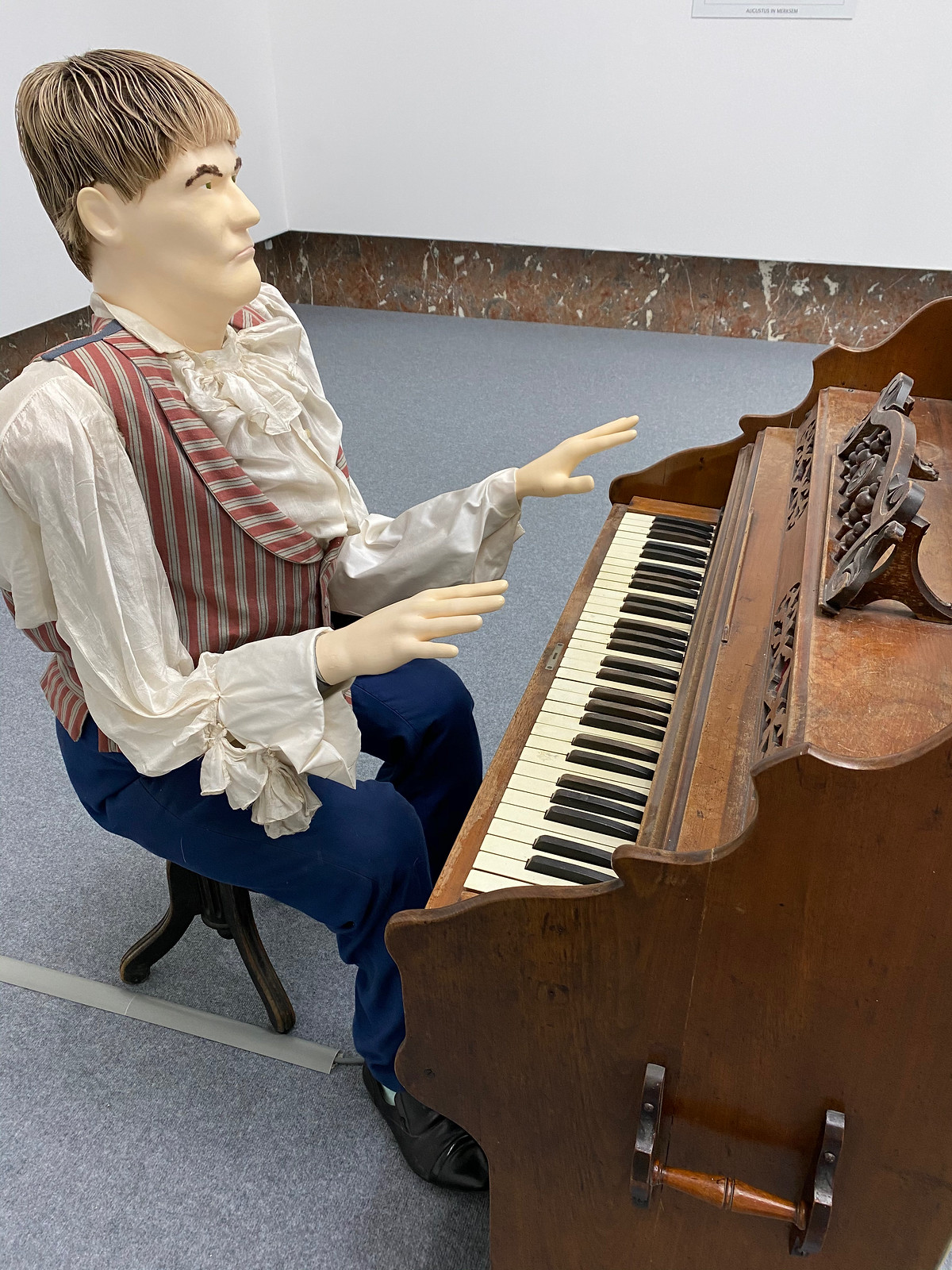 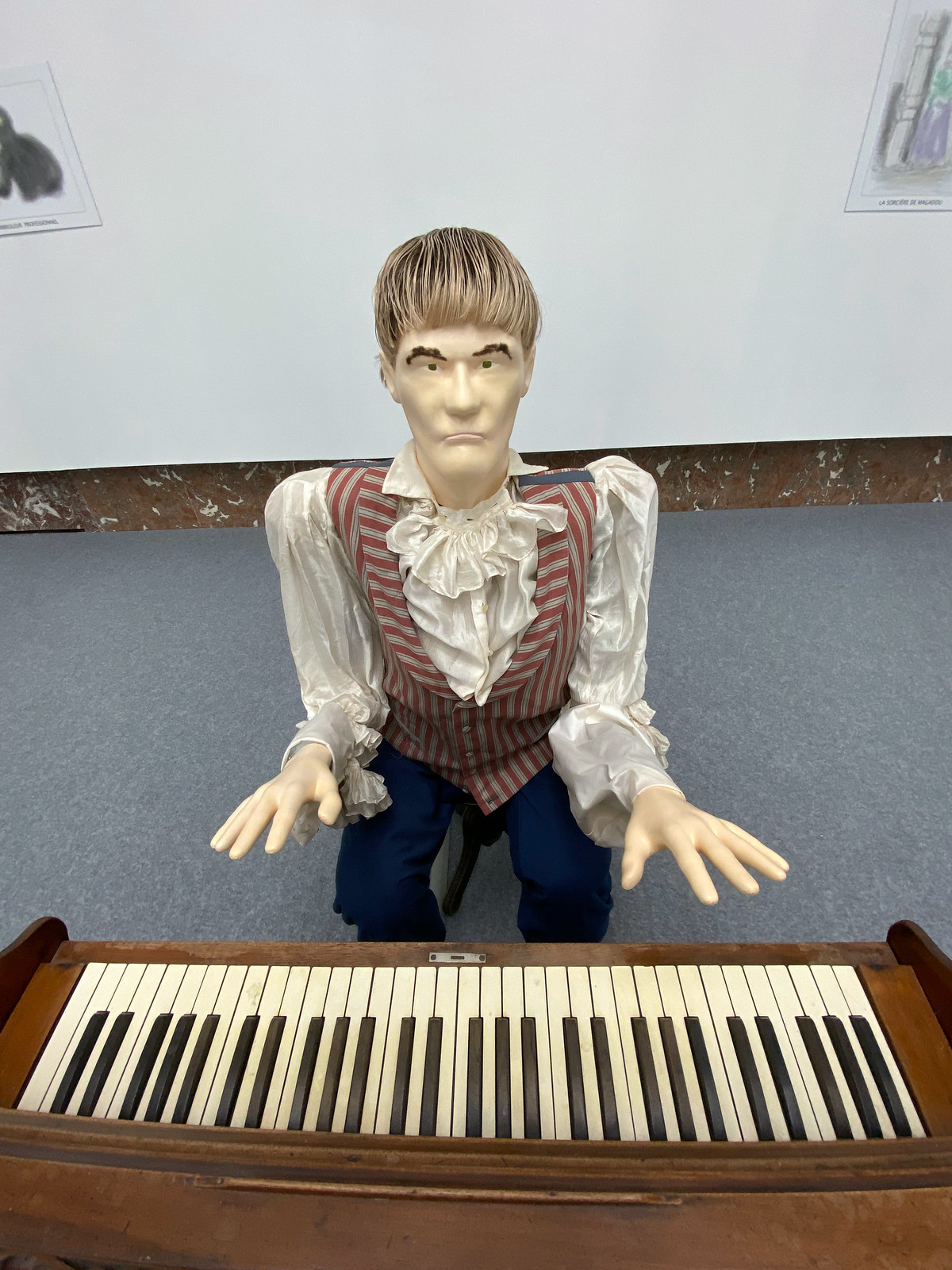 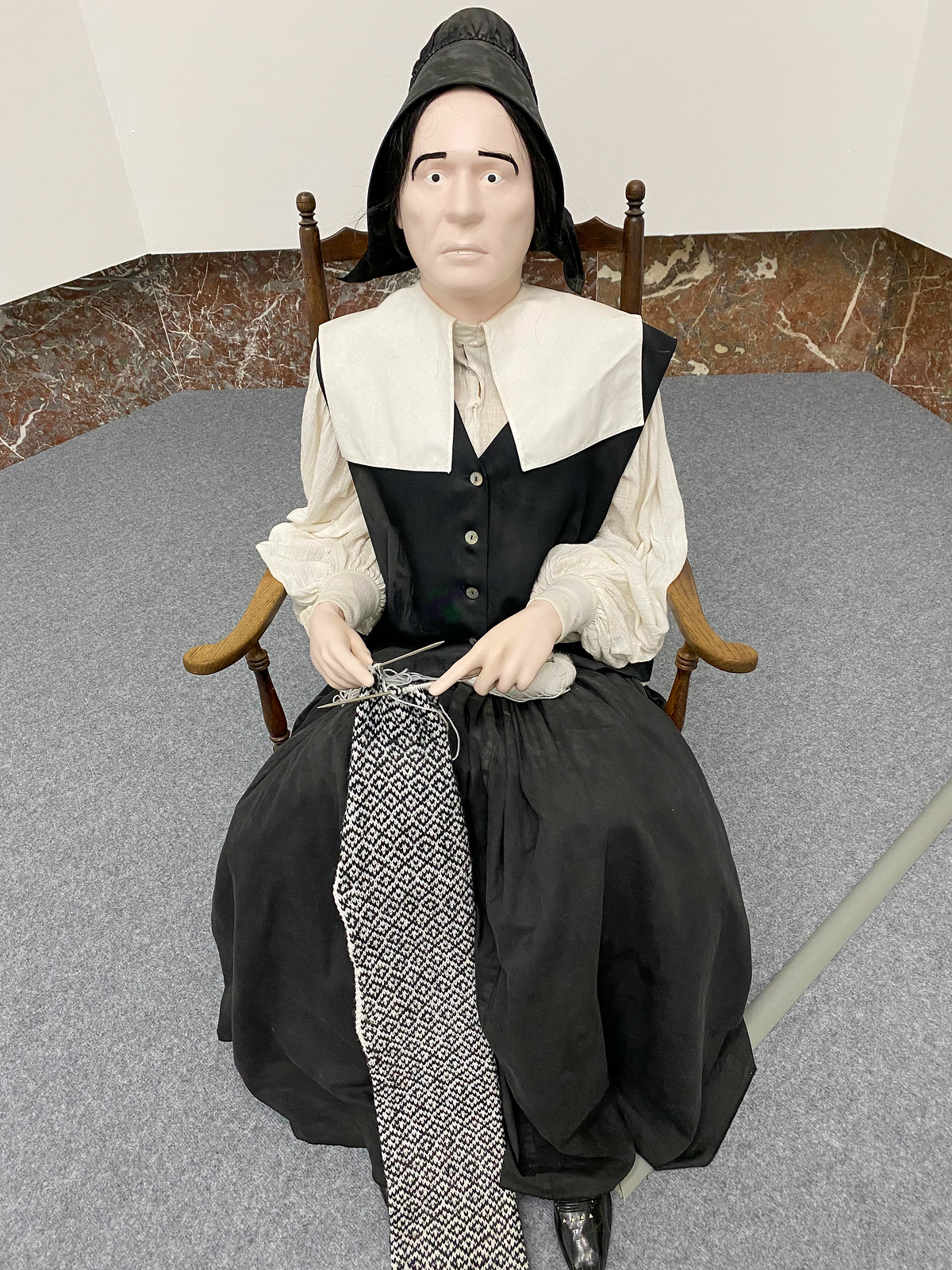 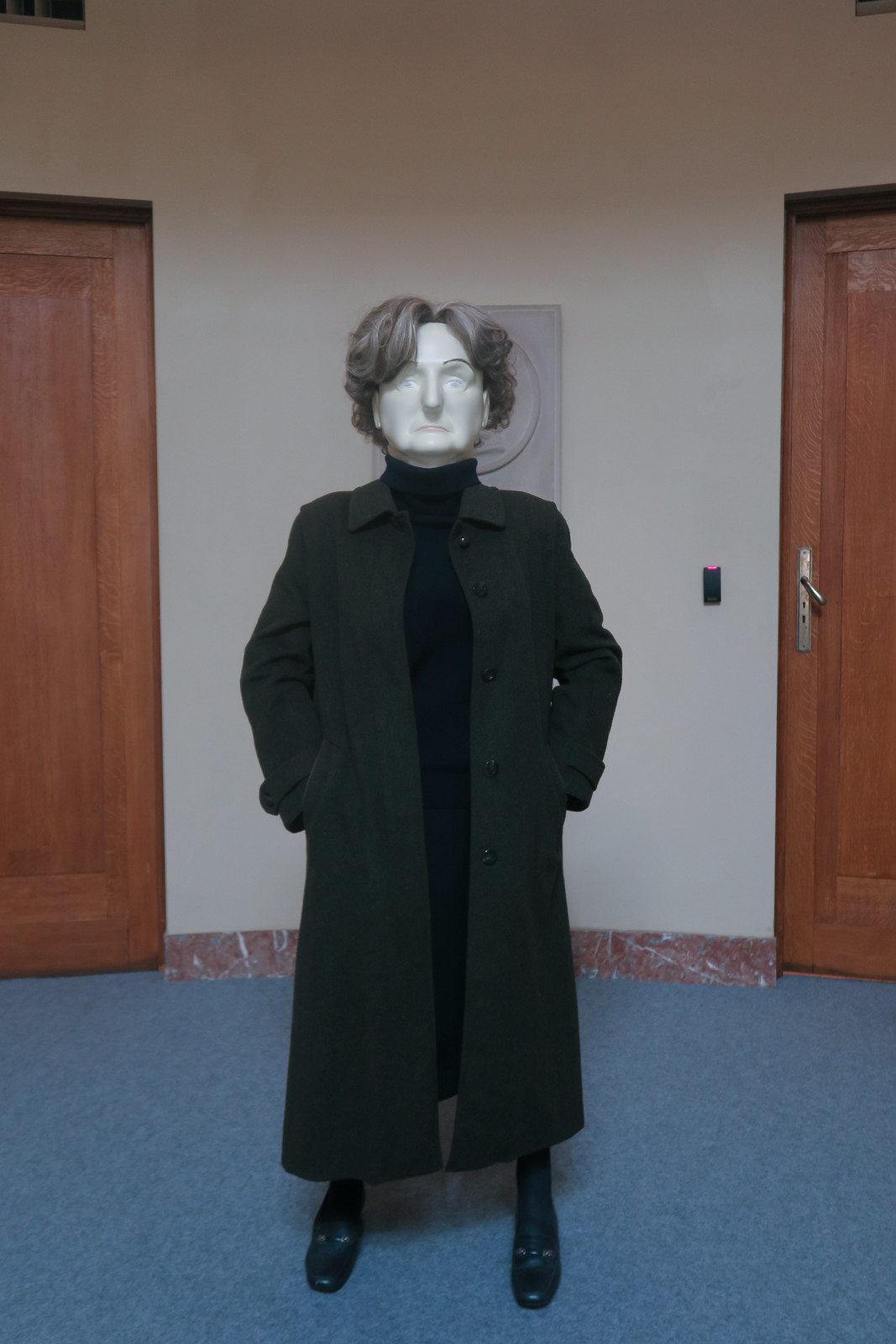